October London Tells A Story Of Sex, Lies & Videotape In ‘Driving Me To Drink,’ Releases ‘Not Your Average Album’ 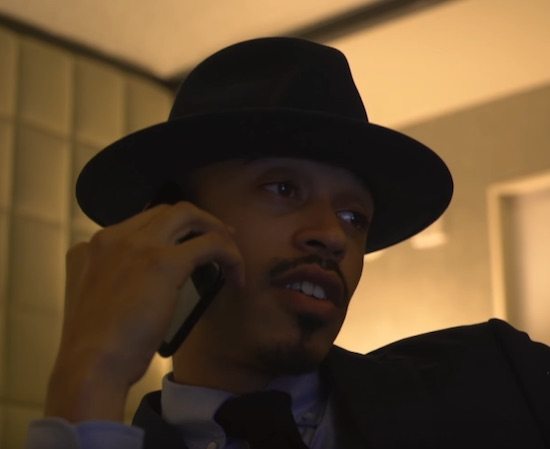 October London has really been on his grind. Not only is he aggressively releasing new music (he just dropped a surprise album this week), but he has guest-starred on an episode of Empire, sings the theme song to Martha and Snoop’s Potluck Dinner Party and is ghostwriting music for your favorite singer probably as we speak. Of course, his talent also speaks for itself. His latest single “Driving Me To Drink” is dripping with old school soul. However, he's not just standing on the shoulders of R&B giants. It's London’s charisma and gangsta that make the track a winner.

Produced by London himself, “Driving Me To Drink” tells the tale of a love affair that’s all over but the shouting. While the bass heavy old school sample pulls you in, London's silky vocals and provocative lyrics keep you invested. London is crestfallen his girl wants to move on to allegedly greener pastures. However, he’s not so heartbroken that he’s going to play the fool. He checks her at the door, warning, “You must be out of touch with reality if you think I’m gonna let you walk out that door with my Cadillac keys and my good weed.” Clever, funny and maybe a little too real, London knows how to turn a phrase and twist emotions in the same breath.

Directed by Dah Dah, the video for “Driving Me to Drink” is a sordid tale of sex, lies and videotape. The clip opens with London’s girl talking that ish, projecting her own infidelity on our hero. Meanwhile, her Rico Suave-looking side piece is pulling up to the crib. He's swimming in Mr. London’s pool, drinking his liquor, smoking his weed, eating his food and breathing his good air conditioned air. Of course, London, with his a little help from his big homie Snoop Dogg, turns the tables on his girl and her lover. The video ends with another song, “Dramatic,” a funky old school ditty reminiscent of Marvin Gaye, before the words “To Be Continued” flash across the screen.

“Driving Me To Drink” is the featured on October London’s EP, Color Blind: Hate & Happiness. The EP was just released in April, and he's already on to the next with his new 10-track album, Not Your Average Album, to tide fans over for the summer. At this rate, we wouldn't be surprised if he drops another new project by August. Of course, when the music is this good, it doesn't even matter. Get into October London's soulful tale of infidelity and revenge in "Driving Me To Drink" then take Not Your Average Album for a spin.