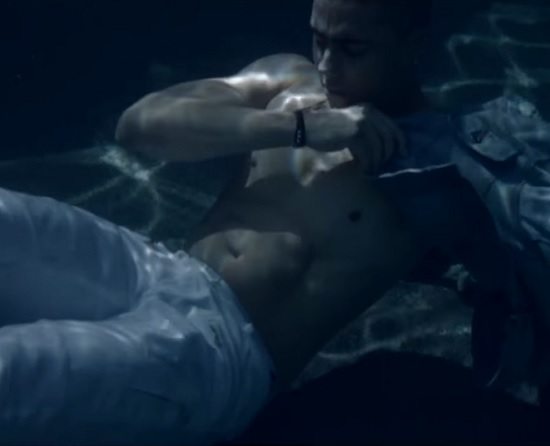 Quincy has really been capitalizing off of his heartthrob status as of late. The musician/actor's most recent releases, his duet/cover/update of his pops' Al B. Sure!'s "Night and Day" and a video for his track "Me Time," are both aimed at his mostly female fan base. And now, his most recent unearthed loosie "Seventeen" aims directly at that target audience once again.

"When we were young / No responsibilities / Dammit it was fun" he begins on the 100STACCS-produced track as hi-hats roll in and watery synths are added into the mix. He then delves into high school fantasies before getting a bit grown. "Let's go home first / I'ma do your homework / And when I give it to you, put it in your own words." While a metaphor mixing the carefree frivolousness of youth with more grown sexual desires can be a bit...off-putting, we kinda get the sentiment the young star is trying to convey, especially since the track's accompanying video elaborates on the theme of the song.

In the clip, Quincy and his lady friend frolic together everywhere from the crib to the pool to the hotel. While doing so, the couple is all smiles as they hold hands, laugh and play like they have no other cares in the world. We also see plenty of Quincy, with the singer showing off a lot of his torso, much to the delight of his fans we're sure.

Overall, the track and video aren't much to write home about, but since they seemed mainly aimed at his fans, who are we to bring up our objections. If Quincy butters your bread, you'll probably want to check out both the track and video for "Seventeen" below.


TAGS:  100STACCS, al b sure!, audio, Quincy
Previous: Ahmed Sirour Is Thankful For The Funk On ‘T.G.I.F’ Next: The SoulBounce Q&A: Mali Music Talks His ‘Transition,’ The Music Industry & The Next Part Of His Evolution