Sheila E. Sings About ‘America’ In Tribute To Prince & Readies The Release Of ‘ICONIC’ 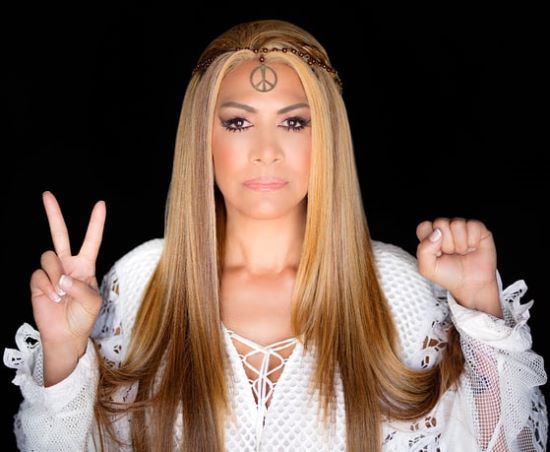 Last week, Prince fans around the world united in celebration of what would have been his 59th birthday. In the year following his untimely death, we've seen plenty of tributes and heard numerous covers of his songs — some great, some downright upsetting. But now, former band member, close friend and one-time fiancée Sheila E. is once again showing us the proper way to pay homage with her new cover of "America" from her upcoming album of political covers titled ICONIC.

The cover is both a fitting tribute to the life of The Purple One (she purposely planned its release to coincide with his birthday) and a pointed commentary on the tumultuous times in which we currently live. In an interview with Rolling Stone, she revealed that "Prince wrote the song in response to America bombing Libya." Initially released in 1985 (as the final single on Around the World in a Day), it addressed Reagan-era paranoia about nuclear war. As she expounded on the song's resonance over 30 years later, she remarked, "It's crazy, because here we are again."

The subject matter is quite serious, yes, but that doesn't mean we can't jam. Similar to the showstopping tribute performance she led at the 2016 BET Awards, Ms. Escovedo gives us her everything during the eight-minute extended jam session. Unabashedly funky from beginning to end, the track features electrifying guitar licks, a spirited horn section and enthusiastic sax playing by Candy Dulfer. The clear highlight, however, is Sheila's combustible energy on percussion. Recorded in one take, her playing was so intense that it caused both cymbals to crash to the ground by the time the song was done.

Not only is "America" a blazing introduction to Sheila E.'s forthcoming ICONIC project, it's also something we think Prince would definitely be proud of. Listen to the energetic tribute below and peep an extended teaser for the video directed by her brother Peter Michael Escovedo. Afterwards, be sure to visit her PledgeMusic page and show your support for this noteworthy project.