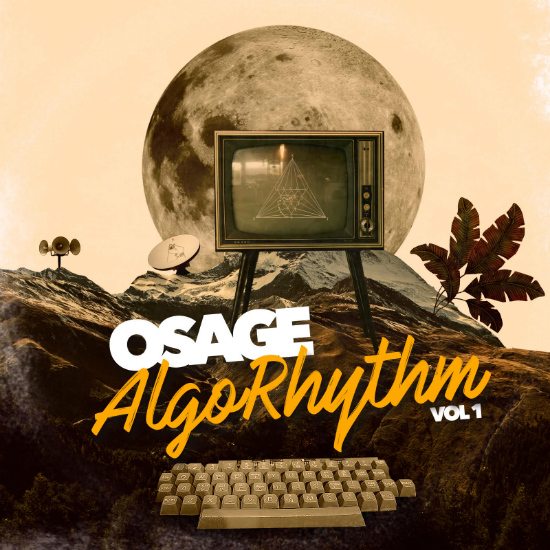 Many an artist has had an alter ego or alias over the years. David Bowie had Ziggy Stardust, Beyoncé has Sasha Fierce and our dearly departed Prince has too many to even list (but shout out to Camille and Jamie Starr). DJ/producer/Illvibe Collective crew member lil'dave is also no stranger to releasing music under another name. For his latest project, he puts on his Osage persona for the EP AlgoRhythm Vol. 1 , and you'll want to put on your dancing shoes the second you press play.

Describing his electronic music-making alter ego as parts "drums, synths and soul," Osage has gotten us into the groove before with smoking remixes of D'Angelo and Laura Mvula, to name a few. He reprises the party on AlgoRhythm Vol. 1 with a tight three-song collection of songs. The EP may be short, but it is oh-so sweet and enough to fuel a good 15-minute dance floor workout. You'll definitely want to work up a sweat to lead single "I Found U" featuring singer Dezaray Dawn emoting over a deep house rhythm. Once you're done jacking your body to the first track, your backbone will slip right into the broken beat vibes of the next song "Real Time" with soaring vocals by Kate Faust. Have a soul clap at the ready for the final jam "Last Call" where Osage himself handles the vocal duties, speaking in a distorted voice and offering an inspirational message over throbbing percussion and slinky synthesizers.

Osage's AlgoRhythm Vol. 1 is a non-stop party tailor-made for the summer and long days, late nights, breezy rooftop soirees and sweaty basement sessions. The EP is released on Bastard Jazz and available now for purchase on Bandcamp or Traxsource, but you can enjoy SoulBounce's exclusive world premiere right here.