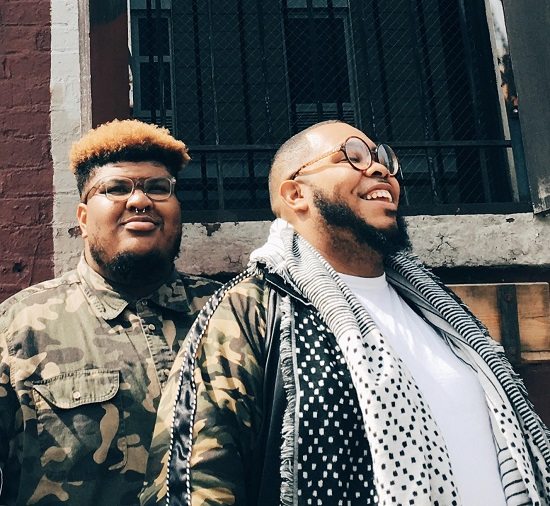 It's officially June, folks! That means it's also officially Black Music Month (sorry, #45, even a presidential decree ain't gonna change that). We're looking forward to celebrating all that music from the Black Diaspora has to offer and we're kicking it off with a musical healing from our homie Rob Milton. Today, he drops his new EP Healer, which finds him teaming up with some of our faves, including Georgia Anne Muldrow, Roman Lee Norfleet and Nicholas Ryan Gant. Speaking of NRG, he and Rob got together for the set's title track, "Healer," and we are pleased to bring you your first listen.

The track takes soulful, slightly funky production provided by Georgia (which is a bit reminiscent of some of Donny Hathaway's instrumental work) and takes it to a higher power. Rob and Nicholas take turns as they sing about finding healing through the music in their soul. "What do you do when life gets way too hard?" Rob asks at the track's start. "Who do you turn to when it weighs heavy on your heart?" On the chorus, he lets us know that he turns to music and its sweet harmonies to shake him out of his funk. Nicholas, meanwhile, borrows a bit of Psalms to let us know that he lifts up his voice "to the hills from whence cometh my help." While the idea that music can be a comfort and spiritual revitalizer is nothing new, the fellas coming together like this definitely makes us believers.

The idea of music as a release and a healing force is one of the main focuses of Rob's new EP. "The EP focuses heavily on mental health and being weary of the ways of the world, as Solange put it, but using music as a healing and freeing tool," he says of the project. "It's also somewhat of a full circle moment for me as an artist who has gone from admiring Georgia Anne Muldrow and admiring Nicholas Ryan Gant from afar...to building beautiful creative bonds with them both. It's a dream come true to not only have Georgia produce for me but to also hear NRG (who is forever one of my favorite artists) featured on a GAM beat too. The prelude even features young Matthew Whitaker, who recently won FOX's Apollo special and was also featured on The Ellen Show. He also happens to be a little brother to me. Every feature is special and brings together this passion project for me. "When I can't find hope inside, it's this music that keeps me alive!"

We're without a doubt grateful for this particular musical gift from Rob, and you will be too when you press play. His Healer EP, which also features "The Threat," is exclusively available via Rob's website and Bandcamp page right now, with a rollout to streaming outlets in next week.