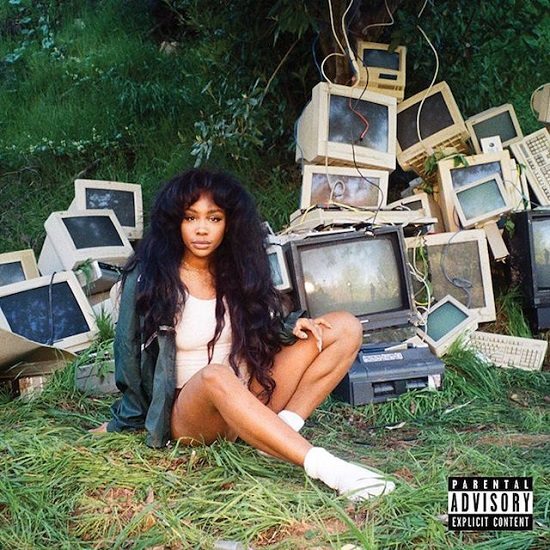 SZA has made waves before, with the 26-year-old New Jersey native first busting on the scene back in 2012 with her debut mixtape See.SZA.Run. And run she has. Soon after the mixtape, she signed to hip-hop label Top Dog Entertainment and dropped two subsequent releases, 2013's S and 2014's Z. However, since then, it almost seemed that the industry may have broken her wings before she could even get started and truly soar. For a brief period of time, it seemed as if she might've actually quit the biz for good. Luckily, that wasn't the case. Our first signs of life came in the form of first single "Drew Barrymore" and then a short doc about the making of her latest effort CTRL. And now, after an extended wait, we finally have the full album.

For CTRL, SZA turns her gaze inward as she contemplates both herself and her relationship to love. A lot of lyrical attention is given to her insecurities. "Supermodel" starts things off as she combines both topics while addressing an unfaithful lover and how he would "leave me lonely for prettier women." It's a topic that comes up frequently, with her seemingly trading in love for a few fleeting moments with the wrong onr on tracks like "Love Galore," "The Weekend," "Drew Barrymore" and more. However, there are also moments when she realizes her power, like the Kendrick Lamar-featuring "Doves In The Wind," which is all about the power of the "p." Then there's "Go Gina," on which she boldly proclaims that "I belong to nobody." Buoying this entire journey is wavy, mostly mellow production provided by smaller name producers. Best Kept Secret, ThankGod4Cody, Cam O'bi and more all do their thing while holding SZA down musically.

Being her first full-length project, CTRL is definitely a fully cohesive effort, with each track's placement seeming purposeful. Perhaps by laying herself bare, SZA hopes to finally take full control of her own narrative. It's at least an honest try.