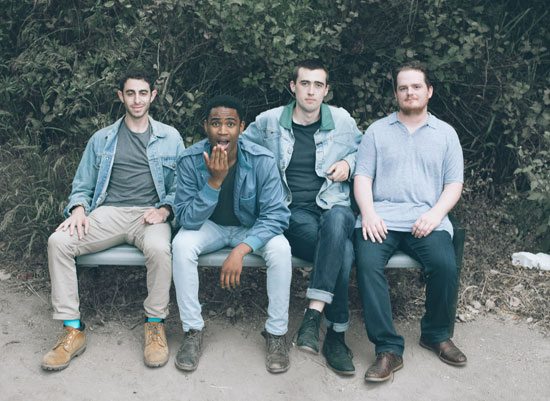 That PEACH! soul can be heard on their cover of Maren Morris' "80s Mercedes." The country smash gets a soulful makeover, thanks in large part to Welch's lead vocal. His voice flows between tenor and alto with a little falsetto added to the harmonious mix. The band knows their way around a remake, as seen in their Tiny Bedroom series on their YouTube channel where they've covered favorites from Janelle Monáe and Emily King.

There's more to PEACH! than cover songs, though, and the group is premiering their official debut single right here on SoulBounce. The original song entitled "SOHC," which is an acronym for "surface of her crazy," is about a woman whose angelic looks belie her devilish ways. Welch laments in the lyrics that she had him fooled and caught up in the web of her beauty. "She’s got glass eyes, smile wide / Pursed lips got you whipped / Smooth hair, face fair / Her beauty’s a disguise / It’s just the surface of her crazy," he sings, finally hip to her game over a funky sound bed provided by the rest of the band.

Look out for more to come from PEACH! who will be releasing additional original tunes in the not-so-distant future. While you get into our Bounce-Worthy playlist of their music and Tiny Bedroom videos below, make plans to catch them live later this summer. If you're in the Los Angeles area or plan to travel there in August, PEACH! will be performing at The Mint on August 18th.