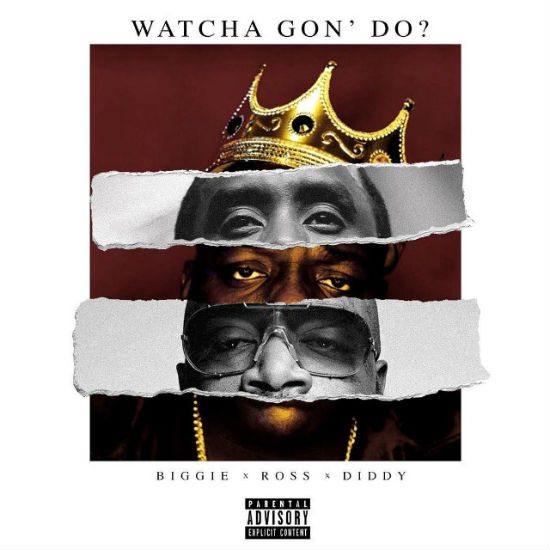 Fresh on the heels of the success of his Can’t Stop Won’t Stop documentary, which hit No. 1 on the iTunes documentary charts in the U.S., Canada, UK, France and Australia, Diddy reminds us of his first love: Music. He takes us back to where it all started with a track that encompasses everything we loved about '90s hip-hop. “Watcha Gon' Do?” is full of energy, flash and plenty of stuntin’ and features Miami boss Rick Ross and a throwback verse from The Notorious B.I.G.’s 2005 song “Hustler’s Story.” In classic, cocky Diddy style, he does what he does best and gloats over classic samples, “I tell ‘em watch close n***a, jot notes / If you use my approach you can dock boats,” and declares “Lame n****s gon do lame s**t / How you flexin’ when your crew ain’t s**t / N***a, you ain’t s**t.” Rozay comes in with a few bars on money, jewelry, drugs and women, while Biggie rounds out the track with a classic verse, making this the perfect ride along joint for the summer.

“Watcha Gon’ Do?” first premiered during Episode 48 of Drake’s OVO SOUND Radio and a remix of the track surfaced soon after. The “Dre Day” remix features samples from Dr. Dre’s classic “Nuthin’ But A G Thang” and ad-libs from M.I.A., taking the banger to a whole new level. While there’s no word on whether either version will appear on Diddy’s unconfirmed sequel to his 1997 classic No Way Out, as long as he keeps shining light on hip-hop’s golden era, we are here for it.

Hop in the whip, give both versions of Diddy’s “Watcha Gon’ Do?” featuring Rick Ross and the Notorious B.I.G. a spin below and get a good head nod. There’s a lot of music coming out of the Bad Boy camp lately, and we’ll be sure to keep you up on all of it to keep your summer ‘17 playlist fresh!