Elijah Blake Isn’t ‘Stingy’ With The Funk On His Latest 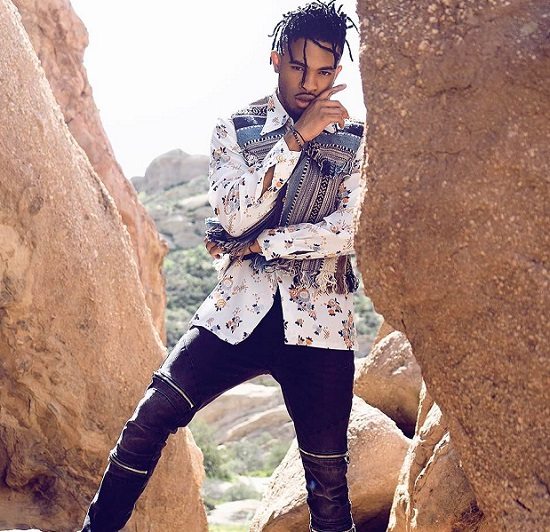 It's obvious that Elijah Blake has something cooking, though we're not exactly sure what. In fact, he's been rather tight-lipped about anything surrounding a new project. Instead, he's letting the music do the talking. Earlier this year, he helped us kick off 2017 with his ballad "Some Kinda Way." Then he collaborated with SANKOFA.org for his politically charged song and video "Hanging Tree." Both songs tugged at our heartstrings, but his latest single, "Stingy," aims to get our feet moving.

"Stingy" finds Elijah playing around with funk, mixing it with his own stylings to create a modern jam. Rhythm and bass guitars set the tone of the track as they chug along, but it's the initial horn stab that sets things off. That's when Elijah slides in with a breathy vocal aimed to seduce. "I've been on a high thinking about it / Outta my mind without it / I've been on a high free flying / and I'm fallin', fallin', fallin', fallin' over you," he sings. He then begs his love interest to not be stingy with the feeling she's giving him, because he surely can't get enough. Elijah sells this cut with a mix of lust, passion and just the slightest hint of desperation that's more than convincing and his flirtation with funk might just have this track playing on repeat.

While he's not ready to be forthcoming just yet about his next project, if Elijah Blake keeps coming up with jams like this, we're almost certain it will be a banger. Get into "Stingy" below.