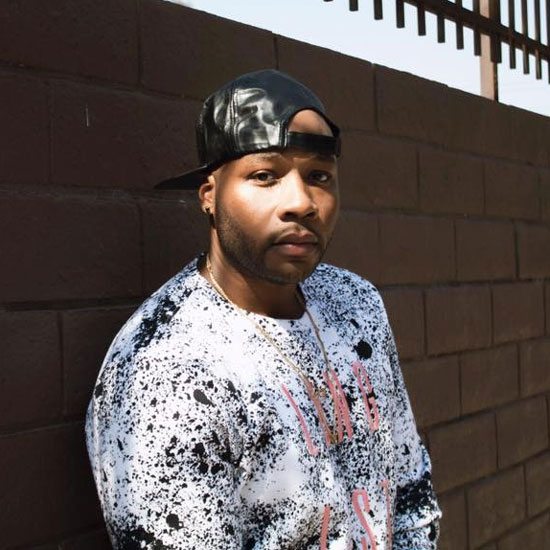 The always unpredictable and forever Bounce-Worthy Gene Noble has hit us with the switch-up. On the heels of the release of his defiant anthem for change “"Something’s Coming," he’s shifted gears and focuses on a more romantically charged, less hopeful subject for his latest single. On “Stolen Moments,” the GRAMMY Award-nominated singer/songwriter sings of forbidden love and does so in a way that only he can. He teams up with longtime friend, singer and fellow Bounce-Worthy alum LaChardon for a modern day “Me and Mrs. Jones.” The two trade verses and passionately tell a tale of two devoted lovers singing, “These stolen moments with you / That’s all I look forward to / Is stolen moments with you / I’ll take it ‘cause that’s what we do.” The vocals, the lyrics and the track itself are so sweet and sincere, the inevitable side-eye usually brought on by stories of adultery is stifled, and we can’t help but low-key root for this love affair.

“I wanted us to do something a bit unexpected. Music producer Saint Luke sent me this idea and immediately the song started to write itself,” Noble says of his latest offering. “It’s the story of two people who can’t officially be together because they are in other situations, but it doesn’t prevent them from finding time for each other. This duet manages to find these incredible moments where we both find spots to express this feeling individually and together. Stolen moments — I don’t know if we’ve stolen one, but we’ve definitely captured a moment here.” Indeed, and this is a moment we are unapologetically here for it.

For years Gene Noble, formerly known as Jaiden the Cure, has captured our ears and our hearts. We can’t be more excited about his forthcoming album The Cost, which should be released this fall. “The project is about my life right now and what it takes to get to the next level,” he says. “It’s a really personal project that explores universal themes that I think my fans will really be able to connect with.” While we stalk Noble's Facebook, Instagram and Twitter for word of The Cost's release date, give his latest single “Stolen Moments” featuring LaChardon a spin below.