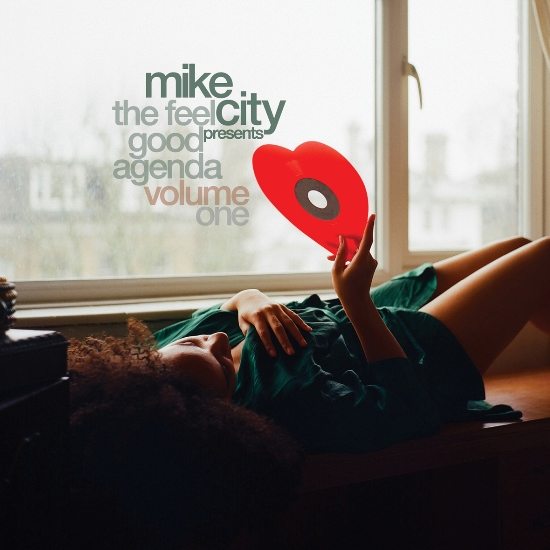 Mike City has lent his songwriting and production talents to a noteworthy roster of entertainers, including Brandy, Lalah Hathaway, Faith Evans, Carl Thomas, Anthony Hamilton and Usher. Known for his distinctive vocal arrangements and a melodic, genre-inclusive production style, he's the man behind some of our favorite modern-day classics like Thomas' "I Wish" and Sunshine Anderson's "Heard It All Before." With his career now nearing the twenty-year mark, he's released a new project that not only showcases his production skills, but his vocal talents as well called The Feel Good Agenda, Volume One.

Agenda is the latest (and heftiest) installment of his The Feel Good Movement series, which began back in 2015. The twelve-track collection of previously unreleased songs boasts some major features from a few of his ridiculously talented friends. We've already heard the Dwele-assisted thumper "I Rock Wit U" and "When I Luv," the shimmery groove featuring Faith Evans. Appearances from Carl Thomas, Lalah Hathaway, Teedra Moses, Maysa and Junior help round out this impressive set of bounce-worthy jams that are sure to liven up your summertime playlists. Listen to the album stream via Spotify and purchase your copy of The Feel Good Agenda, Volume One via your favorite retailer. We're already hoping for a second volume of this musical goodness, but in the meantime, you can connect with Mike City via Twitter and Instagram.