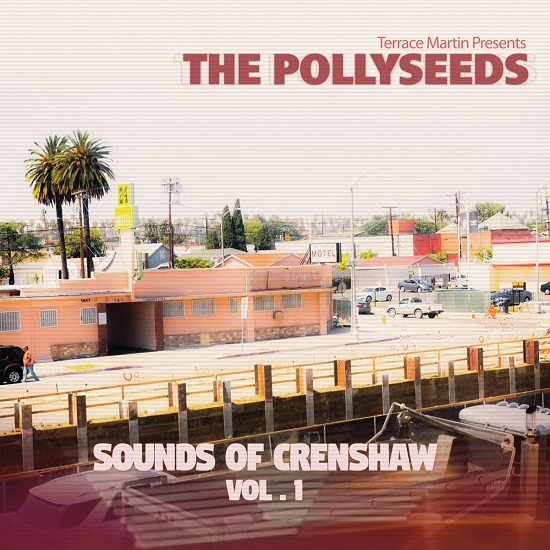 Terrace Martin is perhaps one of the most forward-thinking musicians of his generation. The saxophonist, producer and frequent Kendrick Lamar collaborator possesses a musical vision and imagination that many of his contemporaries lack. Perhaps that's why him forming the supergroup The Pollyseeds with like-minded artists like Robert Glasper, Kamasi Washington, Rose Gold, Robert "Sput" Searight and others seems like such a major event, especially when the result of their formation sounds as good as Sounds Of Crenshaw Vol. 1.

For the set, the group decides to ignore the boundaries of genre and instead aim for what feels and sounds good, whatever that may be. That is perhaps best exemplified by the album's fourth track, a woozy, hazy cover of Janet Jackson's Control-era classic "Funny How Time Flies." Only utilizing lyrics during the chorus, the song dips between R&B and smooth jazz before catching waves of funk and even a little hip-hop before the track's end. For the most part, tracks like "Up And Away" and "Mama D/Leimert Park" follow a similar feel. But then there are moments like "Intentions" and "You And Me," where the particular genre and feel is easier to pin down, though they still play with structure and tone to upend expectations. There are many moments here that will take you to unexpected places both in sound and in tone but will still somehow feel familiar. How they managed to do it, we're still not sure.

What we do know is that if you listen to The Pollyseeds' debut expecting a musical journey, then you surely won't be disappointed. Stream Sounds Of Crenshaw Vol. 1 via Spotify below and be sure to pick up the album from your favorite retailer.