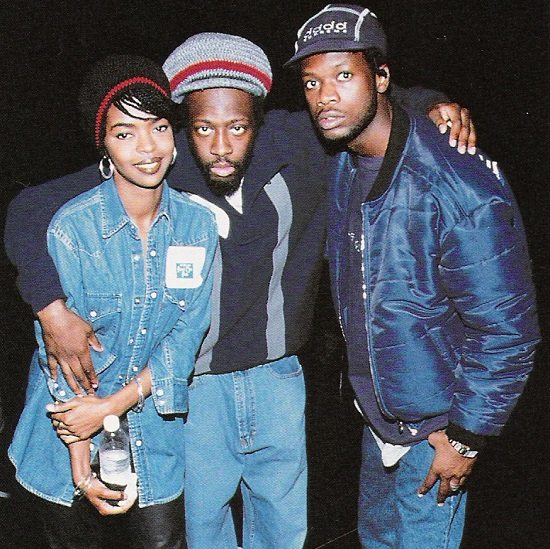 New Fugees! Well, new to us, at least. Over the weekend, famed DJ Funkmaster Flex took Twitter to let it be known that he had a new record from the '90s rap trio that would be premiering on his HOT 97 show. True to his word, he dropped the track on Saturday, and it's a doozy.

The untitled joint, which more than likely came from sessions during the group's very brief reunion in 2006, finds each of the group's members in top form as they rap over a hot beat that features a chipmunk soul-style sample along with knocking drums, hi-hats and tambourine rounding out the sound. While the beat is nice though, the flows are what makes this one really sing. Lauryn Hill kicks things off with a start-stop flow that set's the song's tone. After L Boogie drops some hot s**t, Pras comes through with rhymes that mimic Ms. Hill's cadence as the rapper whom everyone feels is the group's weakest lyrical link holds his own as the song's center verse. Wyclef Jean pulls up the rear with a motherf**ker-laced verse that's actually pretty clever and fun. If only they could've kept it together.

While some might've thought the leak of the unreleased track signified a sea change in the rather rocky relationship between the group's former members, it looks like that isn't the case. Both Lauryn and 'Clef took to Twitter soon after the track's drop to deny any support for the leaked track. In her note, Lauryn hinted at an inside job, writing, "The ‘new’ Fugees song is indeed an old track played around with back in the day in the lab. Not sure who leaked it, but I have my suspicions.” Wyclef, meanwhile, made where he stood clear, writing, "I don't endorse it in anyway and had no clue it was coming."

Well, we won't be holding our breath for another Fugees reunion, but you can check out what could've been by listening to the radio rip of the track below. And if you're feeling like taking a chance, you might be able to catch Lauryn when she goes on tour with Nas later this year.