The Music On ‘Insecure’ Season Two Is Hella Great 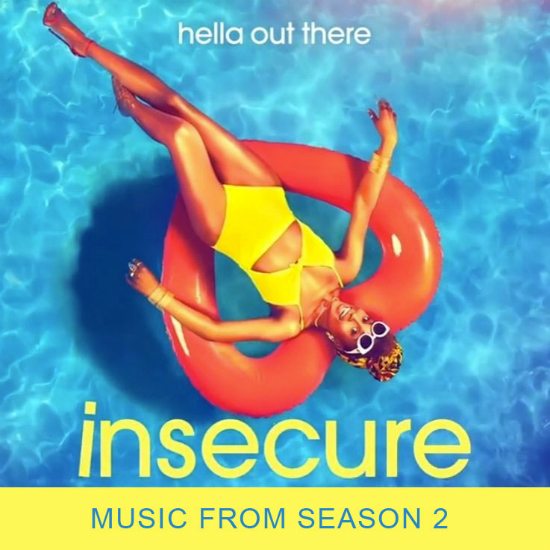 If you're anything like us, you stayed up last night to catch the season premiere of the sophisti-ratchet HBO comedy Insecure. Now in its sophomore season, creator and star Issa Rae ups the ante on the televised shenanigans, adding fuel to the fire to #TeamIssa and #LawrenceHive debates across the country. While we pick sides and play devil's advocate, we get yet another hot soundtrack of music to groove to for season two. To ensure audiences get the best viewing experience, music supervisor Kier Lehman took the time to curate this season's sounds, featuring numerous SoulBounce faves, exclusive tracks and original music just for the show.

The first season's weekly soundtrack was lit with a superb blend of alternative soul, R&B and hip-hop from mainstream, underground and independent artists, and they're doing more of the same this year, too. When you can groove to the soulful stylings of Jazmine Sullivan and turn around and rap along with Cardi B and Offset, you know this isn't your average TV soundtrack. Insecure's second season premiere maintained its unique sound and feel with NxWorries' (Anderson .Paak and Knxwledge) "Scared Money," got us hype with Lion Babe's "Hit The Ceiling" and kept the party going with GoldLink and his "Crew." Of course, there's millennial favorite SZA, whose album CTRL has many tracks that could naturally get woven into this season's story line, starting with "Love Galore," which made an appearance on the premiere during a pivotal scene.

If you remember, last season the show included a lot of music from The Internet. This season, we can expect to hear from Steve Lacy, Matt Martians and Syd's solo offerings, as well as from newer artists Khalid, Jorja Smith and H.E.R. We'll also hear original songs, written specifically for the show, by artists like Kari Faux, Dreezy and TT The Artist. We're hella excited to hear more tracks in the upcoming episodes and have already compiled a playlist of songs from Insecure's sophomore year that we'll be updating weekly. Enjoy the playlist right here and also follow it on Spotify.