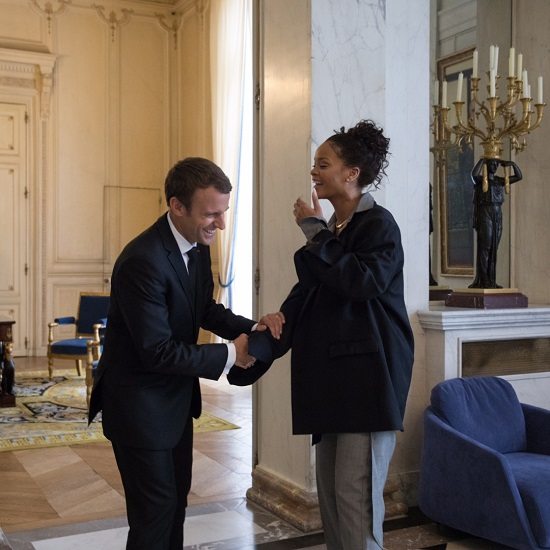 Rihanna has dipped her toe into to ponds of music, fashion, acting and now...politics? Yep, RiRi does that, too. This week, the Bajan songstress met with French President Emmanuel Macron and his wife Brigitte Macron to discuss funding education on behalf of her charitable foundation Clara Lionel. The meeting was set up after Rih, who happens to be in Europe to promote her role in summer blockbuster Valerian, appealed to the newly elected president via Twitter. Apparently, the meeting with well, with both Macron and Rihanna tweeting about it and praising the other's commitment to education. A diplomatic meeting with no hints of an international incident or scandal? #45 could never. #FundEducation