VanJess & Masego Get Down In ‘Touch The Floor’ 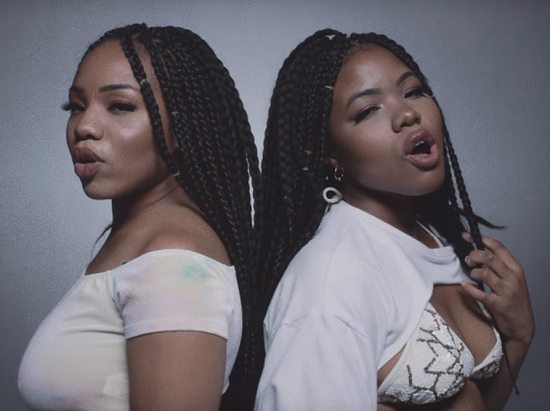 You might not know VanJess off the top of your head, but with a talent like theirs, you should. The Nigerian-American duo, consisting of sisters Ivana and Jessica Nwokike, has been bubbling on the edges of the mainstream for some time now, even appearing on VH1's short-lived The Linda Perry Project. However, it's when they took their talents to YouTube that the twosome really shined, with their videos raking in millions of views. Using that momentum, they've released an EP, 2015's 00 Till Escape, and are prepping to release a new project. But first, they're dropping off the video for their 2016 single "Touch the Floor."

The track itself feels like a fresh take on the R&B sound of the '90s, with club-ready beats mixed with mellow smooth grooves that'll put you in the mind of groups like Jade. However, the song has a bit of modern flair, too, especially with Masego providing an assist with his saxophone skills. The ladies of VanJess play up the song's '90s appeal for the video. The duo is seen rocking box braids and crop tops in the clip as they throw perhaps one of the livest hangouts ever. They rock out in familiar spaces — like a wood-paneled living room, a gaudily wallpapered bedroom and a daylight-lit warehouse — while getting their groove on with the homegirls and few fellas, too. No matter what the backdrop, though, the ladies manage to vibe to the music while serving plenty of face and attitude to the camera. We are unequivocally here for all of this Black Girl Magic!

In case you missed it, you can stream the audio for your new favorite summer jam "Touch the Floor" right here and check out the video below. After that, be sure to support dope music by buying a copy of the track on iTunes.


TAGS:  audio, Ivana Nwokike, jade, Jessica Nwokike, Masego, VanJess
Previous: Two Is Better Than One When It Comes To AlunaGeorge’s ‘Last Kiss’ & ‘Turn Up The Love’ Next: Tank To Show How ‘SAVAGE’ He Is On New Tour & Album