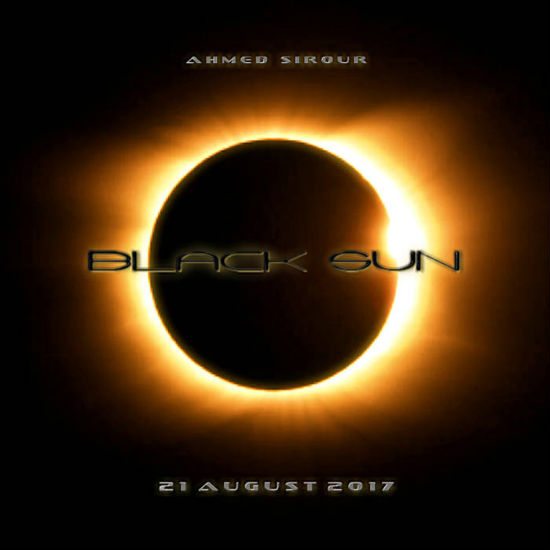 Ahmed Sirour dropped his new album Black Sun today, and his timing couldn’t be more perfect. The 10-track release, which includes two bonus tracks, is just the soundtrack we need as we contemplate the significance of today’s solar eclipse and ponder what’s to come. From the moment the listener presses play, there’s a mental and emotional transport to a deeper level of consciousness, causing one to take note of everything going on around us, noticing its grim similarity to the past. The entire project is a soulful history lesson and includes excerpts of narratives from some of our community’s greatest orators including James Baldwin, Harry Belafonte and Gil Scott-Heron.

Throughout Black Sun, Sirour touches on everything from racial injustice to Black Love. The intro track "We Built This" serves as a brazen reminder of the history of people of African descent in this country. Embedded in the track laced with unrelenting energy and punctuated by emphatic drum kicks, is a snippet of Baldwin’s 1965 infamous debate with William F. Buckley. The intensity doesn’t let up as the listener moves into “How to Sell the Negro” featuring Atlanta-based Emmy-nominated poet/spoken word artist Jon Goode,  and “N.A.U.S.E.A” (National Anthem of the United States of Entitled/Enslaved Americans), which highlights the controversy surrounding the true meaning behind the lyrics of "The Star-Spangled Banner." The latter features vocalist Antonia Janae passionately singing the national anthem's lyrics over a somewhat eerie sound bed, as well as an excerpt of journalist Ben Swann recounting the origins of the anthem from a 2016 episode of Reality Check where he debunks the outrage directed at Colin Kaepernick for refusing to stand for it. Sirour follows that a-ha moment with “Heil Hollywood” where he uses a speech given by legendary actor/activist/humanitarian Harry Belafonte in which he reads a room full of celebrities and Hollywood executives for the propaganda perpetuated by the industry.

From here, Ahmed lightens the mood a bit with the tunes “Skin Deeper” and “Cliff & Claire,” a truly beautiful ode to Black Love reminiscent of the soulful classics that The Huxtables used to slow dance to in their living room. The sultry, jazzy track features trumpet player Adrian Ross, and the brilliant reprise captures a sweet conversation between real-life #RelationshipGoals, couple Dorian and Simone Missick. We know Dorian from his work on the TV series Southland and Simone from the Netflix series Luke Cage, but here we catch a rare glimpse of the two candidly recounting their first date. The reprise follows an equally touching musical love letter entitled “Dear Black Woman.”  One of two tracks narrated by Sirour himself, he reminds Black women, “As you listen to this and look in the mirror / I hope you see nothing but beauty / And I hope when you smile that you feel the joy of life filling your soul / You are the origin.”

The album concludes with two bonus tracks, including one where Sirour puts his own jazzy spin on the original live version of poet/author/musician Gil Scott-Heron’s “The Revolution Will Not Be Televised.” Overall, Black Sun is a brilliantly-executed statement from Ahmed Sirour in which he denounces the systemic racism deeply embedded in this country’s history, promotes unity among people of the African Diaspora and simultaneously reminds us of our responsibility, our power and our magic.