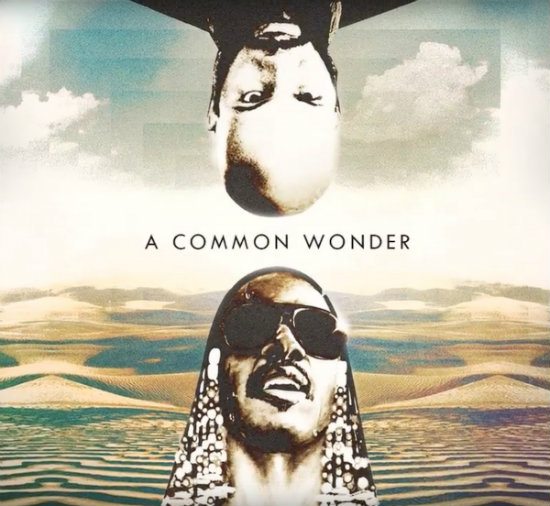 Amerigo Gazaway has crafted a name for himself thanks to his otherworldly pairings where he unites artists, new and old, in a musical matrimony. So far, he's blown us away with mashups like De La Soul meets Fela Kuti (Fela Soul), Marvin Gaye meets Mos Def (Yasiin Gaye) and A Tribe Called Quest meets The Pharcyde (Bizarre Tribe). Now Common and Stevie Wonder are just the latest to get the Amerigo treatment and based on these teasers we've been offered up, it will deliver the goods per usual.

Gazaway merges the sounds of these two living legends and the result is A Common Wonder, where we get to envision what a complete project between these two would sound like. Although the two linked up last year on Common's "Black America Again" single, here listeners get treated to hearing classics like Stevie's "Superstitious" reworked with Common's "The 6th Sense" lyrics hugging the track on the project's first single, "The Sixth Superstition." According to Gazaway, putting these two musical forces together was a no-brainer. “Stevie Wonder’s early use of synthesizers, drum machines and samplers, in a lot of ways, paved the way for hip-hop and sampling. Part of my motivation for this project was to highlight those contributions," he explained on his Bandcamp page.

While we're still waiting on an exact release date, it seems that we'll be getting this mashup collection sooner rather than later as Gazaway warns us to keep our eyes peeled for its release in the coming days. In the meantime, we'll download both "The Sixth Superstition" and its accompanying instrumental so we that we can groove out to it while we wait.