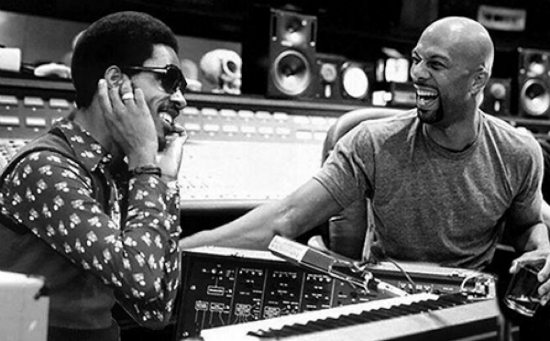 Amerigo Gazaway can be best described as a musical magician. He plays with the sounds of old and new in his skillfully blended offerings that always leave us in awe. Last week, we shared Gazaway's merge of Stevie Wonder and Common on "The Sixth Superstition," from his latest experiment, A Common Wonder. Now we have the full project in hand and it's a Wonder-ful merge of old and new that you can jam to whether you're feeling nostalgic or looking for something refixed and repurposed.

Once you press play, you'll enter Gazaway's world, where mixing Common's '94 single "I Used To Love H.E.R." with Stevie's '68 track "I Was Made To Love Her" makes all the sense. A lot of the mixes do make you wonder why they didn't already exist. "Living For The City" mixed with "Chi-City" is a beautiful listen and that sentiment is carried throughout the project. In A Common Wonder, you'll find 15 tracks that easily blend hip-hop, R&B and soul in a unique and imaginative way that we can appreciate it for years to come.

If you want to understand the magic we're describing, go back and listen to a few projects from Amerigo Gazaway's bag of tricks. From his 2014 Marvin Gaye and Yasiin Bey mashup Yasiin Gaye: The Departure (Side One) and The Return (Side Two) to Freak The Funk and Fela Soul, you'll be sure to find something that will send you down a rabbit hole of Gazaway's skills. You can hear even more on his Bandcamp page and listen to his Common and Stevie Wonder mashup A Common Wonder right here.