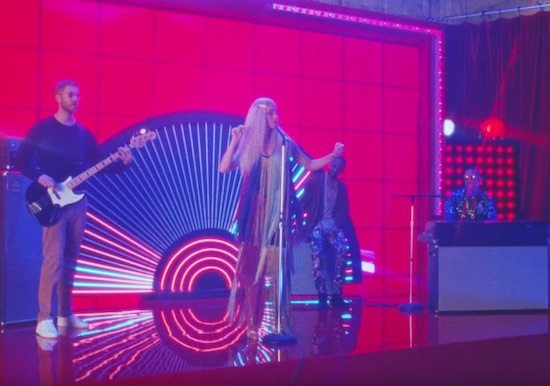 Sometimes things are so nice you have to do it twice. Such is the case with Calvin Harris, Pharrell Williams, Katy Perry and Big Sean who just released a second video for the single "Feels." Earlier this summer, the quartet got together on a fake island situation for a kitschy, fun video directed by Emil Nava. This time, they're paying homage to disco and funk, creating yet another quirky visual to go along with the Scottish DJ and producer's uptempo track.

We catch all four on stage together, with Calvin handling the bass, Katy as the leading lady, Big Sean playing assist and waiting for his verse and Pharrell tickling the keys. The stage is lit with neon lights that have Pharrell's sequined outfit shining brightly while Katy Perry looks like a happy hippie (with a strong resemblance to Gwen Stefani). Calvin and Big Sean keep it low-key with their looks but add their own flair with some mean two steps. It works together so well we almost wish they were an actual group so we could get more videos from the collaboration.

It's no wonder Mr. Harris is milking "Feels" for all that it's worth as his latest album, Funk Wav Bounces Vol. 1., is one of the hottest albums this summer. The album features the likes of Migos, Nicki Minaj, Future, ScHoolboy Q, Kehlani, Khalid, Snoop Dogg, John Legend and more. If you haven't already, you can cop Funk Wav Bounces Vol. 1 from your favorite digital retailer now. If you love "Feels" and want to see yet another funky video featuring Cavlin Harris and his crew, press play on their latest offering below. 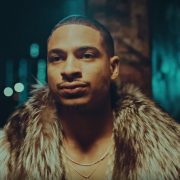