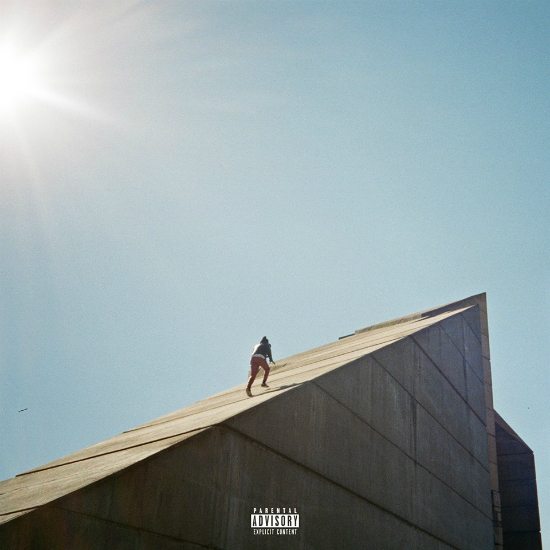 Daniel Caesar is a part of a growing list of artists making Toronto a certified music hub. With his new album Freudian, the eclectic soul singer solidifies this position and provides the perfect soundtrack to not only lead us into the weekend but to usher in a new season. He blessed us with three tracks from the project ahead of its release, "We Find Love," "Blessed" and "Get You," which clued us into the vibe Daniel was creating on the 10-track project. Now that we have it in full, we get a clearer picture of Daniel's feelings, reflections and thoughts about life and love.

The album begins on the right note, with the popular slow burner "Get You" featuring Kali Uchis. Daniel's smooth voice welcomes you into his world, which includes infectious melodies, upbeat percussion and beautiful feminine vocals from Kali that add a romantic layer you can't ignore. Starting your album with a radio-ready single creates high expectations that are often hard to meet, but Daniel keeps the momentum up as we move through the album.

For the second song, H.E.R. joins Caesar on "Best Part," a gorgeous track that showcases the duo's harmonies. Daniel channels '90s R&B and brings "nayhoo" back to create a soft bed of harmonies on "Neu Roses (Transgressor's Song)." He sings to a potentially lost love, "But baby, baby, please don't leave me (Please don't leave me) / I know I made a big mistake, don't turn my sunshine to shade." It looks like he cuts the chord in "Loose," a funky yet short and sweet ballad where he pours his heart out. As he sings to himself, lamenting the end of a relationship, his thought process continues in "We Find Love" after an awkward conversation with his former love. With his matter-of-fact vocals, Daniel starts the track singing, "You don't love me anymore / Let's see how you like this song," with choir-like harmonies backing his efforts. He even pays homage to his gospel influences in the track, including taking a page from Donnie McClurkin's "We Fall Down" in the chorus and flipping the lyrics a tad for his own purposes. "Blessed" is the B-side to "We Find Love," where Daniel reconciles his feelings. Only accompanied by a piano, Daniel makes us believe all of his admissions and hopefully his lady does, too. It's a vulnerable track, with limited instrumentals that force you to focus on his sweet vocals and emotions.

Daniel later turns on the red light – which you could easily miss – as he describes and appreciates his partner's anatomy with witty lyrics on "Take Me Away." Syd assists here, elevating the sensuality on the already smoldering track. Keeping the album sensitive, Daniel enlists the help of Charlotte Day Wilson for "Transform." It's perhaps one of the only tracks that takes advantage of an electric guitar, as Daniel describes his addiction to his woman, singing "Saved my soul like Jesus /Can't quit you, you're like drugs / Swear I tried to clean up." He saves the best for last, letting the title track close out his musical therapy session. "Freudian" is a crescendo of harmonies, with Daniel using his beautiful voice as the anchor. With a cascading piano assist, Daniel lets the track ride out for 10 minutes, leading us into a hidden track that's worth waiting for and serves as a soothing end to the album.

With the release of Freudian, Daniel Caesar builds on the foundation laid by his 2014 breakout project, Praise Break, and 2015's Pilgrim's Paradise EP to create an exceptional work of art that he can be proud of.