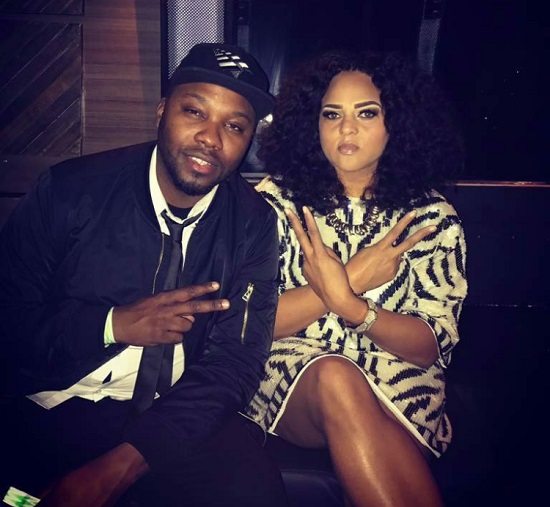 DJ Aktive has made a name for himself over the years as a go-to DJ for awards shows, talk shows, radio programs and, especially, during the hottest tours of some of your favorite artists. In fact, the in-demand turntablist is gearing up for another run as Janet Jackson's official tour DJ during her State Of The World Tour run kicking off on September 7th. But before he does that, Aktive has some jams of his own he wants to release into the world on his upcoming EP The Tour and its lead single "90's Love," which features the vocal talents of Marsha Ambrosius.

The song is a blast from the past, with a boom-bap, hip-hop soul beat crafted by DJ Aktive and the song's co-producer Ivan "Orthodox" Barias that is reminiscent of the intriguing sound of the '90s. That's all the reason Marsha needs to invoke Mary J. Blige as she waxes romantic about her love. "I don't need nobody else but you / (You got me) Wide open, nobody else will do / (You got me) like a '90s Mary J. for you," Marsha sings as she rides the beat like the seasoned pro she is. The rest of the song follows the same suit, with Marsha asking a potential suitor what's the 411 as she tries to ascertain if her feelings are reciprocated or nah.

If you've been pining for a love that feels like '90s R&B or just wanted a modern song with a throwback sound, then "90's Love" might be just what you ordered. The song will be available for download and on all streaming platforms tomorrow (September 1st), but you can stream the track in its entirety right here first.