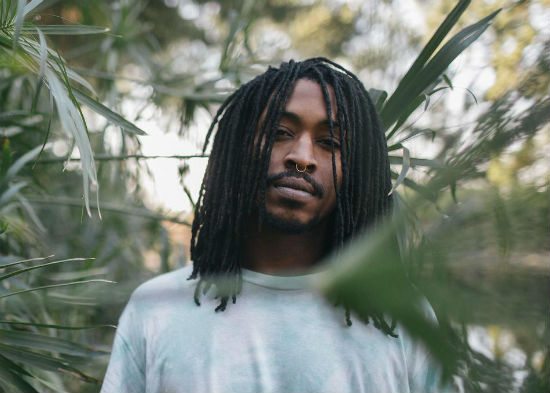 Iman Omari continues to quench our thirst for his upcoming album by strategically dropping gems. Back in June, he gifted us with his emotionally charged duet with Anna Wise entitled "Move Too Fast." Now he’s back with “So Real,” another banger this time featuring rapper/producer Quelle Chris.

True to Iman's form, "Move Too Fast" goes straight to your spine causing a slight tingle and creates a state of instant euphoria. Yes, it feels that good. Whatever you may be dealing with at the time you listen to this track will suddenly fade away.  The lyrics echo this sentiment as he sings, “You get me so high / Close to the heavens / Almost like I died.” He continues his ode to his lover’s authenticity and vows, “I'll give you my all and then some more / All because you keep it so real."

We’ve always loved Iman Omari for his laid-back, hazy and always soulful sound, and this latest single is no different. He simply floats over the Mndsgn-produced track, making room for Quelle Chris’s almost staccato-like flow to further penetrate the groove. “I wanted to make something that embodied that old school cool with a new school twist,” says Iman. “Mndsgn, Quelle and I tapped into our old souls.” This joint has tapped into our souls as well, as we wait with bated breath for his first vocal album in over three years. IHY is due to be released later this year on Fresh Selects and his own Vibe Music Collective.

Give Iman Omari’s “So Real” a spin below, and let it lull your soul into a sensual trance. The track is available to purchase now on Amazon, iTunes and Google Play.