Keke Wyatt Reminisces About ‘Summertime’ In The Country 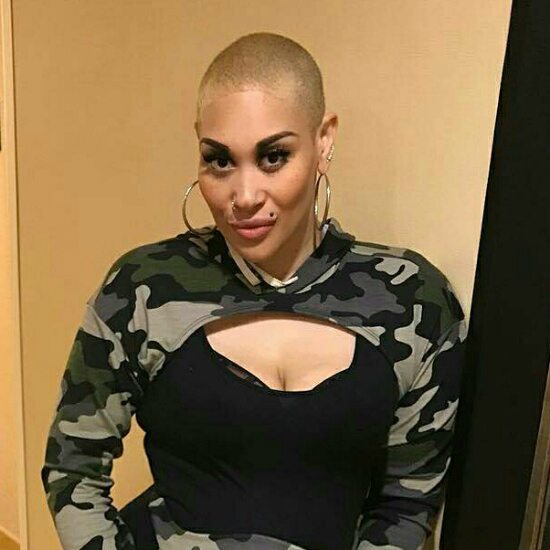 R&B diva Keke Wyatt changes up her look on a regular basis. But after the year she's been having, we're starting to think she might want to consider adding a shiny cape to her style rotation. Back in February, she dropped her anticipated Keke Covers project as a follow-up to Rated Love. Shortly afterwards, the SuperMamma revealed her pregnancy with Baby #9. Then, last month, she publicly shared the sad news of her son's cancer battle, shaving her head in solidarity as he undergoes chemotherapy treatments. Despite all of this, Keke continues to grind, maintaining a steady performance schedule and prepping for the release of yet another new album called Country Fried Soul.

As the title hints, the new project will showcase the soulful singer's powerhouse vocals as she taps into her Midwestern roots. Based on the album's first single "Summertime," it sounds like we can expect a personal set of songs that hold special meaning to Keke. Alternating between R&B harmonies and full-on country twang, Ms. Wyatt gets nostalgic as she recalls the summers of her youth filled with ball-sized mosquito bites and churned vanilla bean ice cream. While this isn't her first foray into country territory, it's certainly a different sound than we've come to expect.

In a press release, Keke explains, "I've always labeled the music I make like a big pot of gumbo. You're going to get a little bit of everything. I'm a country girl and I always loved summertime in the country. Life can move so fast, and sometimes it's good to just sit back and think about all those feel good memories that make you who you are. That's the inspiration behind 'Summertime'."

Sit for a spell and listen to Keke Wyatt's latest song below. We'll have to wait until later this year for the release of Country Fried Soul, but until then, "Summertime" is available for purchase via iTunes. Be sure to connect with Keke on Facebook, Twitter and Instagram for her current performance schedule and personal updates. We can all agree that cancer sucks, so love and positive vibes go out to her son. In addition to prayers and words of encouragement, fans can also donate on his behalf to Children's Healthcare of Atlanta.


TAGS:  audio, keke wyatt"
Previous: Kelela Cuts To The Chase With ‘LMK’ Next: LeToya Luckett Does It All ‘In The Name Of Love’