Kelela Shows Us Her Different Sides In ‘LMK’ 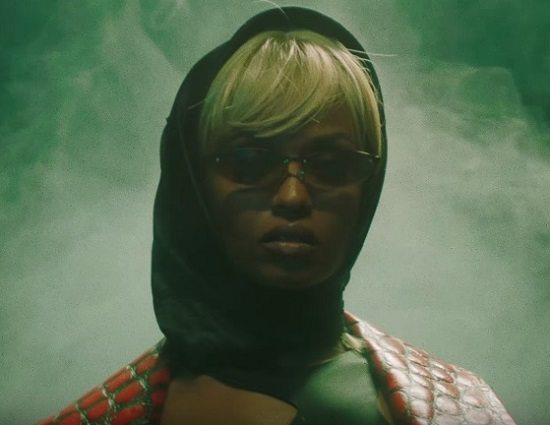 With a breakthrough mixtape and a rule-bending EP, we've pretty much become accustomed to a certain look from Kelela. And even when she changed things up and cut her hair in the video for "A Message," her signature look still remained intact. However, she's decided to play with her image a bit in her video for the sexually charged single, "LMK."

For the clip, Kelela and her girls hit the club and our girl is testing out a few different looks. She first gives us a blonde moment as she channels her inner Mary J. Blige (circa 1995) while serving face and attitude. But that's not the only new thing here, as she throws in some choreography to show that she can do that too. Her next look involves a flowing red wig that hangs nearly to her waist. For this look, she's serving serious sex appeal, vamping for the camera in a revealing leather ensemble. But just when you thought that Kelela has completely changed up on us, she appears at the end of the clip dipped in all white, her short locs swinging and her swagger on a thousand as she cuts loose with her homies.

We don't know about you, but Kelela has us a bit open and ready to hear what her upcoming album, Take Me Apart has to offer. We won't have long to wait, as the set is scheduled to hit stores on October 6th. Until then, watch "Let Me Know" below.