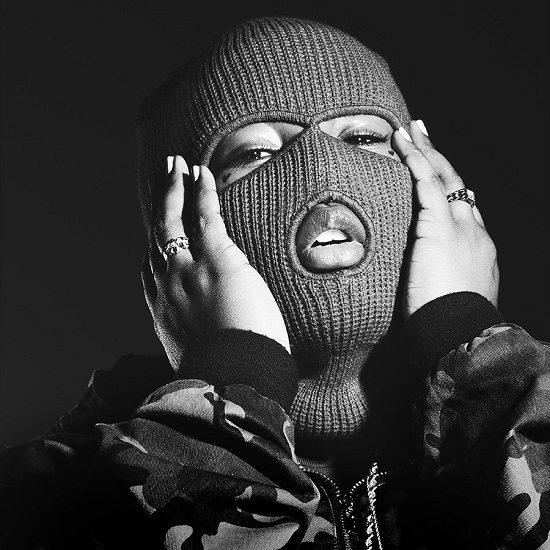 With the rise of mumble rap and utter lack of quality female emcees, you'll have to excuse us if a lot of modern day hip-hop doesn't excite us. However, one of the bright spots is up-and-comer Leikeli47. She first popped up on our radar with her jam "Money" and has stayed there with her own songs and features on songs like AlunaGeorge's "Mean What I Mean" but her recent output has us anxious for what she's got coming next. She gets us even more open with her newest single, "2nd Fiddle."

Leikeli is no stranger to crafting jams, but from jump it's obvious that this one is aimed to get some radio play. Thankfully, she doesn't dilute her formula to get there. A headnod-worthy beat lays a solid foundation for the ski-masked rapper to go off as she lets it be known that she's second to none. "Think you gonna string me along / You got another thing coming," she sings on her opening verse, showing off her versatility. "I never play second fiddle to nathin' / I mean God never bowed down to Satan." But don't mistake her cockiness for arrogance, as she backs up her tough talk with a dexterity that some more seasoned rappers could only hope for. "Don't take it the wrong way, I just wanna be great," she sings matter-of-factly during the song's breakdown, laying out her manifesto for her musical takeover with honeyed vocals while advising haters to kiss her a** in the process.

If you've been sleeping on Leikeli47 so far, consider this your wake up call. You'll find "2nd Fiddle" on her upcoming debut, Wash And Set, which is set to drop on September 8th. You'll also find it available to stream via Spotify below, along with the creative visuals for her recent singles "Miss Me" and "O.M.C."


TAGS:  AlunaGeorge, audio, Leikeli47
Previous: Tank Indulges His Kinky Side In ‘When We’ Next: The Layabouts & Imaani Are Ready To ‘Shine’ With New EP