Lianne La Havas Finds Herself While Wandering The Streets In ‘Tokyo’ 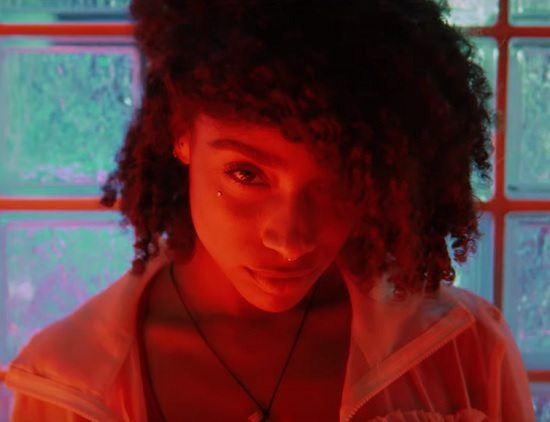 Lianne La Havas dropped her well-received sophomore effort Blood way back in July 2015. So, you can imagine our surprise when the video for her Blood track "Tokyo" landed in our laps yesterday. Not that we're complaining at all. We've actually missed Lianne and have worn our copies of Blood out, so any newness from her direction is welcomed.

Upon first listen to "Tokyo," you'll notice that it channels a bit of the feeling that the film Lost In Translation evokes. Fitting, as the song evokes the loneliness and longing that being alone in a crowded city can bring. The concept is reinforced in the song's video. We see Lianne navigating the neon-lit landscape of the famed Japanese city looking fabulous as ever, though she's emanating a subtle sensuality that belies the slight melancholy of the song. She appears in hotel rooms and cabs, walking down corridors and catching trains, all the while looking striking and stylish. She finally reaches her destination and we discover that she was headed to...a karaoke bar? When in Rome, we guess. It's when she finally lets loose that we see that megawatt smile we're used to as the screen bursts into a flurry of heart-shaped lens flares before everything fades out.

We're not sure what's prompted Lianne to drop this clip over two years after Blood's release, but as we said before, we're happy to get any newness Lianne has to offer. You can peep the video for "Tokyo" below.


TAGS:  Lianne La Havas"
Previous: Tarica June Wants You To Love Your ‘Selfie’ Next: Justine Skye Keeps Us Coming ‘Back For More’