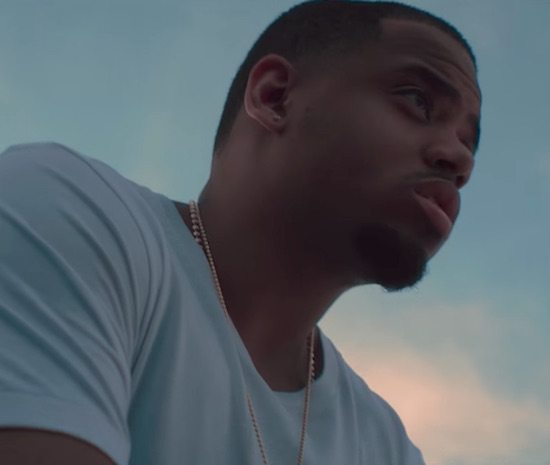 Sometimes the struggle between good decisions and bad decisions comes down to that tiny voice in your head that tips the scale in either direction. In the case of Mack Wilds' latest videos for "Explore" and "Bonnie & Clyde," that voice comes in the form of an edgy girl who entices the video's female main character into a night of debauchery and infidelity.

Although Wilds first released the Wale-assisted "Bonnie & Clyde" back in 2015 and "Explore" earlier this year, both tracks are finally getting the video treatment and the result is more than a bit intriguing for this two-part series. "Explore" tells the story of a woman who is clearly in an unfulfilling relationship as she goes through the rigmarole of day-to-day life. It isn't until the sun goes down that viewers get to see her live a little at the behest of a mysterious woman who beckons her out of bed. This leads her on a night of drinking, making out and finally, crossing paths with Wilds before fading to black.

It isn't until part two picks up on "Bonnie & Clyde" that we get to see how the night ends and let's just say that it ended much better than it began. We see her romping around with Wilds in what looks to be a night of fun and probably a whole lot of sweating. Though she appears to express remorse at various points, it's obvious that she enjoyed herself in more ways than one. As she stumbles home, she seems to be taunted by the mysterious lady and the memories of what has transpired while trying to deal with the consequences. Lucky for her, her main man is a heavy sleeper and appears to be none-the-wiser for how his boo spent her evening.

The videos, which were co-directed by Wilds and Charles Todd, tell a compelling story that is sure to keep you on the edge of your seat. Both songs appear on his sophomore album, AfterHours which dropped earlier this year. Take a look at Wilds' latest work to see what happens when one actually follows through on temptation.