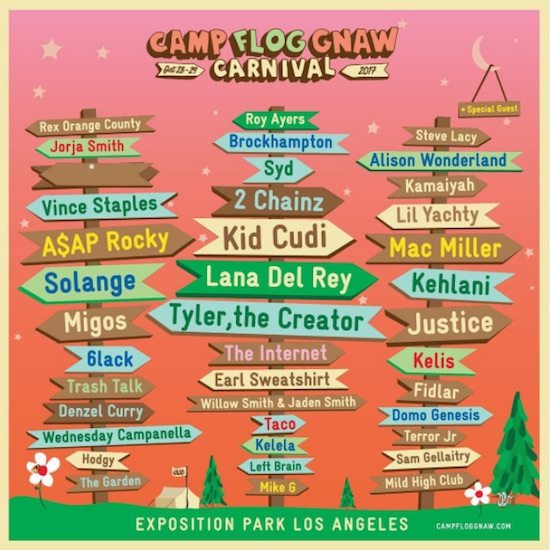 Last year, Tyler, the Creator took a leap of faith when he expanded his Camp Flog Gnaw Carnival from its initial one-day fete to two. However, it's obvious to see why it was a chance worth taking considering that the family friendly festival quickly grew from a couple of thousand people when it first launched in 2012 to over 30,000 by its fifth year. So it just makes sense that this year's carnival stays true to the notion that bigger is better.

Returning to its Exposition Park in Los Angeles location, the sixth annual Camp Flog Gnaw Carnival will arrive a bit earlier this year on October 28th and 29th. It's fitting that the event would take place Halloween weekend considering that costumes sit atop the list of items allowed at the carnival. Though there will be rides and games to go along with those costumes, the real show will take place on the stage where this year's performers include Roy Ayers, Solange, Kid Cudi, Lana Del Rey, Syd, Migos, Kelis and Mac Miller. Carnival veterans such as Kehlani, The Internet, ASAP Rocky and Domo Genesis, who each performed last year, are returning to take the stage once again. Steve Lacy, Kelala, 6lack, Jorja Smith, 2 Chainz, Willow Smith and Jaden Smith are also featured on the jam-packed bill.

Carnival passes are currently on sale via the official website. Although VIP 2-day passes have already sold out, General Admission 2-day passes remain. Attendees who like a little bit of competition can also purchase single day, unlimited game passes. As always, you'd better snatch these hot tickets up before you're left empty-handed and reading about it instead of experiencing it in person. 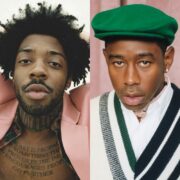 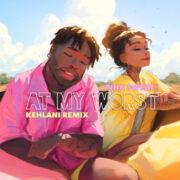