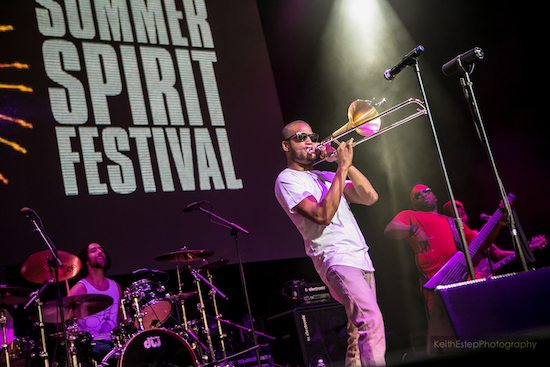 Trombone Shorty & Orleans Avenue brought a taste of New Orleans to the 2017 Summer Spirit Festival. The musician/singer showed his versatility as he switched back and forth between singing and playing his signature instrument, the trombone. Shorty won the audience over early with the songs "Where It At?" and "It Ain't No Use" from his new album Parking Lot Symphony. For those unfamiliar with those tracks, he got them swinging to lively renditions of Kool & The Gang's "Get Down On It," James Brown's "Get On Up" and the unofficial Black National Anthem, "Before I Let Go" by Maze featuring Frankie Beverly. Trombone Shorty was feeling it so much that he broke out into a moonwalk across the stage and showed his musical prowess with an insane trumpet solo where he held a note for a what seemed like an eternity. That impressive move got the audience amped up, and they stayed there as Shorty and his band played a raucous medley of New Orleans bounce songs to close out an amazing show. 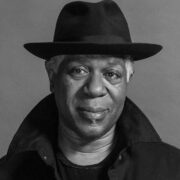 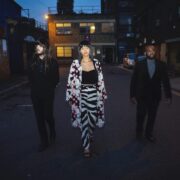