Tank Indulges His Kinky Side In ‘When We’ 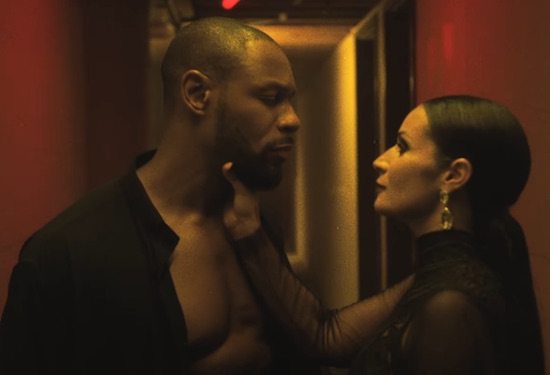 While Tank can definitely sing a ballad beautiful enough to make you weep, he's also been known to sing songs known to get women to throw their panties on the stage. His most recent single, "When We," is definitely the latter and had a lot of his fans hot and bothered upon its release. Well, with the release of its *ahem* kinky video, y'all better get prepared for your temperatures and natures to rise.

For the clip, Tank goes all Eyes Wide Shut (or is it 50 Shades Of Grey?) as he enters a den of freaknasty pleasures. Around every corner he turns and behind every door he opens is another sexual fantasy waiting to happen if he's willing. And, judging by the song's lyrics ("When we f**k" is repeated over and over again on the chorus), he's definitely willing. However, things aren't exactly as they seem, as all these sexy ladies vamping around are actually vamps — and we mean actual vampires. As Tank gets an eyeful while meandering the hall's corridors, he finds one mistress (played by his lovely fiancé Zena Foster) who looks to be the HVIC and is dying to take control of him. She ends the video by grabbing the muscular crooner by the neck and placing him under her spell.

"When We," of course, will be found on Tank's upcoming album Savage, which will be arriving later this year. Get your voyeur on when you peep the video for "When We" below.