Aaron Camper Has A ‘High $ Habit’ We Don’t Wanna Shake 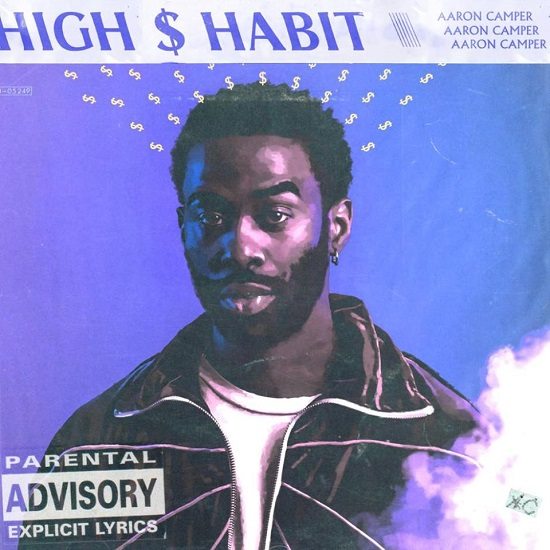 We must say that Aaron Camper has got us kinda open. He already more than proved that he's got the goods with his debut album, Blow, and he has continued to provide us with a constant soundtrack thanks to a relatively steady stream of singles. The singer/songwriter even made our summer much hotter when he dropped his jamming single "Heat." Now, in advance of his upcoming EP Summer Camp, he's getting us lifted with his latest release, "High $ Habit."

For the track, Aaron concocts an eerie, addictive groove that's sure to get you hooked even before he utters a word. Using distorted synths and a simple arrangement, he crafts a sound bed that's dark and inviting as he sings. "It's not strictly fantasy / It's not totally up to me now baby / But all I am, all I am / Is a n***a with a high-dollar habit." From there, he describes the source of his addiction: a woman. While this isn't surprising, especially to anyone who's paid attention to Aaron's discography, he uses his gifted pen game and vocals to compare his dependence on his lover. "It's not any drug you ever seen / It come with high heels on / OD'd on two or three," he sings as he describes the lengths he'll go just to get a hit of her love. Then, to drive the point home, he even name drops some intoxicating substances ("Pretty as PCP, better than LSD / Never thought you'd have me / Drifting, OD'd over you baby") before he lets Della Reese's infamous "sunshine" line from Harlem Nights close the track out.

Like "Heat" before it, we have a feeling that this one will be on repeat for a while. If you're looking for your next Aaron Camper fix, give "High $ Habit" a spin below.