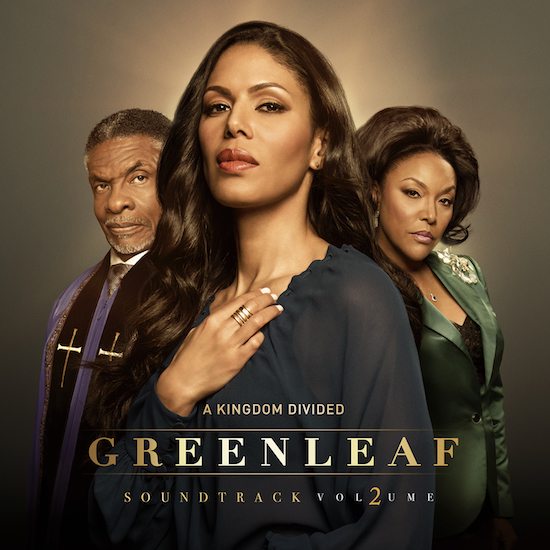 There's been no shortage of good music on television. Thanks to the music featured on shows like Insecure, Empire, and  Dear White People, we've been able to get our whole entire lives to some amazing sounds while losing ourselves in the storylines. Now we have something to shout about, and it comes in the form of the recently released soundtrack from OWN's religious family drama Greenleaf television show.

Available on both CD and as a digital download, Greenleaf Soundtrack: Volume 2 features music taken from the second season of the popular show that stars Keith David, Lynn Whitfield and Merle Dandridge. Following in the footsteps of last season's soundtrack, the project features a wide range of artists from the gospel world such as Kirk Franklin, Mary Mary, Le'Andria Johnson, Mavis Staples, Roshon Fegan and more. Deborah Joy Winans, who also stars on the show, makes several appearances on the soundtrack as well.

To accompany the project's release, Lionsgate released a behind-the-scenes look at the making of the show's closing credit anthem, "The Judgement," performed by Kayce Grogan-Wallace. In the clip, Matthew Head, Greenleaf's music producer and Jay Brown, the show's head music engineer provide insight into the creative process behind the stirring song. According to Head, Oprah Winfrey was looking for a song that was both powerful and memorable enough to carry the final scene.

Watch the BTS featurette and stream Greenleaf Soundtrack: Volume 2 right here, and tune into Greenleaf on OWN every Wednesday night at 10 p.m. ET/PT to watch the drama unfold for the remainder of this season.