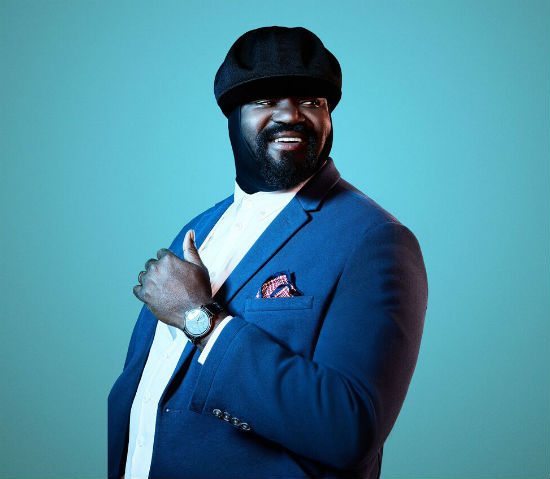 Jazz singer/songwriter Gregory Porter plans to follow up his GRAMMY-winning albums Liquid Spirit and Take Me to the Alley with a deeply personal tribute to legendary singer Nat "King" Cole. Porter credits the unforgettable icon with sparking the flame that ignited his love of music and will show his gratitude by dedicating an entire album to him. The 12-track project marks the first time Porter has recorded with a full orchestra and features some of his favorite classics from “The King” as well as an arrangement of an original song entitled “When Love Was King,” inspired by Nat’s signature style.

“It’s only natural that I go to the root of my inspiration and where I come from. And that root would be my mother and gospel music and Nat 'King' Cole,” says Porter. His love for the iconic crooner runs deeper than a superficial admiration for his one-of-a-kind voice. Porter explains, “At five or six years old, Nat’s music filled a void in me. My father wasn’t in my life and wasn’t showing interest in me or raising me and Nat’s words were the life lessons, words of wisdom and fatherly advice I needed.” What a beautiful way to show appreciation to someone who’s obviously had such a profound impact on his life, and we can’t wait to reap the musical benefits of it all.

Nat "King" Cole & Me is due to be released on October 27th, but Porter has gifted us with the first single to keep us beaming until then. The single “Smile” is a cover of Nat "King" Cole’s 1954 classic and features the London Studio Orchestra under the direction of six-time GRAMMY-winning conductor/producer/arranger Vince Mendoza.

What is sure to be Gregory Porter's next multiple award-winning album is available for pre-order now via various digital retailers in standard, deluxe and limited edition blue vinyl versions. Take a gander at the Nat "King" Cole & Me tracklist below, and stay abreast of Gregory Porter's moves on Facebook, Twitter, Instagram and YouTube.

1. Mona Lisa
2. Smile
3. Nature Boy
4. L-O-V-E
5. Quizas, Quizas, Quizas
6. Miss Otis Regrets
7. Pick Yourself Up
8. When Love Was King (arrangement of an original Gregory Porter composition from Liquid Spirit)
9. The Lonely One
10. Ballerina
11. I Wonder Who My Daddy Is
12. The Christmas Song