Get Hella Lit With The ‘Insecure’ Season 2 Soundtrack 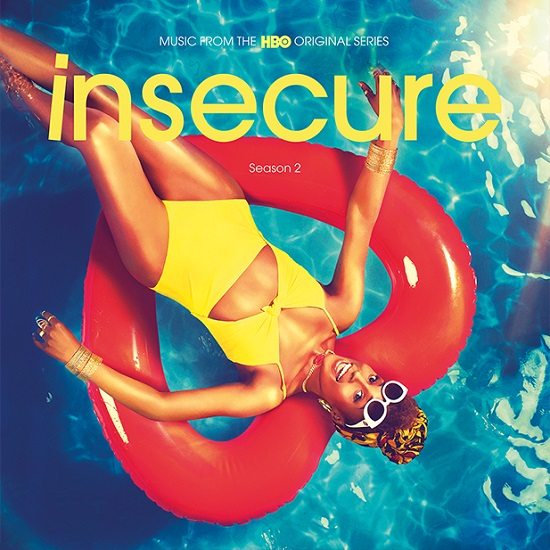 Sadly, the second season of Issa Rae's much-talked-about series Insecure comes to a close this Sunday. It's been quite a wild ride of relationship drama, career drama, oral sex etiquette lessons, ratchet-ass friendships and many a shocking moment. While we'll definitely be tuning in for Season 3, we're gonna miss the shenanigans of Issa, Molly, Lawrence and the rest of the crew. What we'll also be missing is this season's carefully curated music, which was a perfect mix of modern alt-R&B jams and ratchet obscure hip-hop that went together like the characters thought that Garrett's popcorn combo did. Luckily, the powers that be have blessed us Music From The HBO Original Series Insecure Season Two.

The collection compiles some our favorite Issa Raps along with jams from our faves like SZA (whom Rae said helped inspire the show's entire score), Lion Babe, Leikeli47 and Bryson Tiller. The first full song that's played is, appropriately, the Jazmine Sullivan/Bryson Tiller collab "Insecure," a slick, modern R&B jam that pretty much sums up the entirety of the romantic relationships on the show. Things don't just stay low-key, though. Up-and-comer Leikeli47's "Attitude" is a ball-inspired, hip-house bop that's sure to light a few dance floors on fire and GoldLink's "Crew" is a welcome cool-off appropriately sequenced after. Of the less-established acts included, Buddy's "A Lite" is definitely one that listeners will gravitate to, with its party-ready vibe definitely on point, while TT The Artist's "Real B***h Problems" and Cam & China's "Run Up" will bring out anyone's inner ratchet. But perhaps the soundtrack's biggest highlight is the brand new SZA single "Quicksand." The song, which could be considered a follow-up to her beloved track "The Weekend," finds the songbird singing over a track that flows between wavy modern production and '80s-inspired R&B effortlessly.

Of course, all these selections are just the tip of the iceberg for the 23-track soundtrack. Stream it in its entirety via Spotify below and pick it up from your favorite digital retailer.