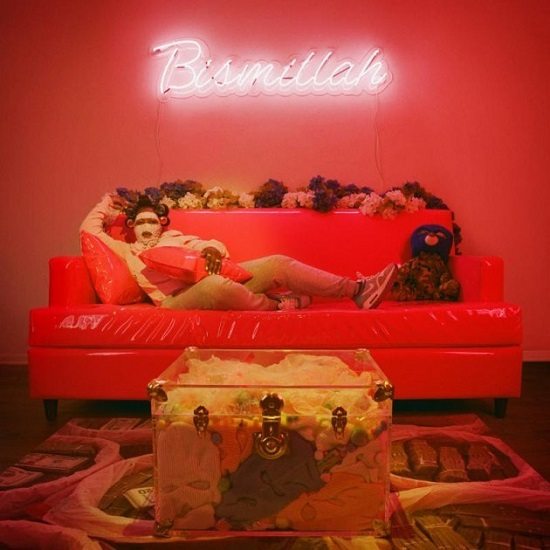 Masked rapper Leikeli47 has made her mark with a string of jams that continue to make our heads nod. It's no surprise, then, that we've been anxious for her debut to drop. And now that Wash & Set is here, we'd be lying if we said we were anything less than highly impressed. The up-and-comer has crafted a sound and style that, while borrowing from familiar sources, is creative and uniquely all her own.

We've already sung the praises of her stellar single "2nd Fiddle," which showed off not just her clever rhyming skills but also her singing abilities, and other singles like "Miss Me," "Money" and "O.M.C." have attracted the eyes and ears of a who's who in the industry. However, while each of those tracks is fire on its own, they only heighten the heat found throughout Wash & Set. "Attitude," which was featured on the Insecure season 2 soundtrack, is a brash mix of hip-hop, house and the ballroom club scene that will make even the most buttoned-up folks want to dip, pop and death drop with abandon (not to mention that she calls out pioneering R&B stars Kelis and Beyoncé as the living gods they are on it). Speaking of Kelis, her obscure track "Daddy" gets sampled on the flex-worthy "Bags," on which Leikeli flexes harder than most of her male counterparts while riding a grimy beat without a hint of mumble. But her rap skills aren't the only things she boasts here, as her singing gets equal shine, especially on songs like "Ho" and "Elian's Revenge," where she flips between flows and sassy, R&B-tinged vocal harmonies like a new generation Missy Elliott as she flips the tables on men who think that she might be another game-goofy chick.

But, as proven by "Attitude," she seems to really let loose on the club-influenced bangers she's included. On "M I L K," her dedication to the Milk Makeup brand, she rides a minimal kick drum-driven beat as she waxes about how her face is beat for the gods while she flaunts her individuality. Then there's the title track, which is hotter than a hot comb left on the stove too long. With handclaps and a kick-drum thump propelling the rhythm, she makes an unlikely jam that includes a chant dedicated to hair products, bundles, gel, tracks and baby hair with the confidence and swagger of an already platinum-selling artist. And, quite honestly, if this world was fair, she would be able to make that claim real soon.

There's much more magic on Wash & Set, as she flips through R&B, hip-hop, house and even dancehall (play "Bubblegum" and see if you don't bust out your best wine) just because she can. Do yourself a favor and stream the set via Spotify right here and then check out the Technicolor makeup fantasy that is the "M I L K" video below.