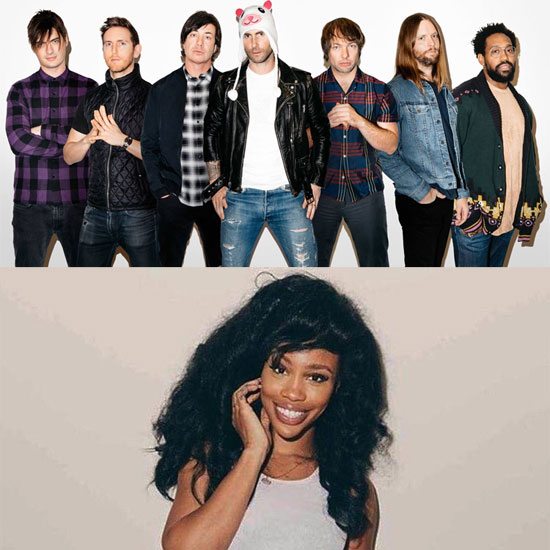 Maroon 5 has been teasing us with a new album for more than a year now. They even released a few well received singles. There was “Don’t Wanna Know” featuring Kendrick Lamar and “Cold” featuring Future. These songs came and went without any news about an album, except that it would be dropping “soonish.” Whatever that means. Now the group has hooked up with R&B’s current It-girl SZA in hopes of producing another hit with new single “What Lovers Do.”

On “What Lovers Do” frontman Adam Levine is weighing his chances of a hook up. He’s not quite sure if its a sure thing, though. He asks on the chorus, “Tell me if you love me or not?...Am I lucky or not?” On the second verse, SZA is equally apprehensive about the potential for a fling, asking “Are we too grown to mess around?” While we were apprehensive whether SZA’s unique alt-soul vibe would mesh well with the group's sound, she effortlessly sings her verse and adds some well-placed ad libs to the proceedings. We're surprisingly not mad at this collabo.

“What Lovers Do” will be featured on Maroon 5’s upcoming album. Besides the previous singles and word from Levine that the album will have a more R&B vibe, there’s very little information about the project. We’ll probably find out more once the video for the track is released in a few days. For now, get into this fun little pop song.