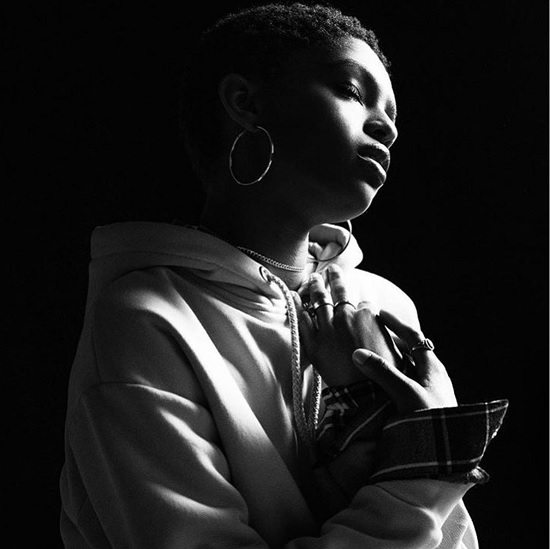 When you have the blood of Lauryn Hill and Bob Marley coursing through your veins, pursuing a career in music is basically a no-brainer. Nevertheless, we were quite surprised to see that Hill's oldest daughter, Selah Marley, was dipping her toes into the musical waters with the release of her debut single, "Breathe." You see, Marley first stepped into the public eye as a model, gracing campaigns for both Ivy Park and Rag & Bone, before enrolling at NYU. However, the pull of her music roots proved itself strong and the result is this haunting ode to stepping back from a toxic relationship.

In an interview with W Magazine, who also premiered the single, Marley explained that she crafted "Breathe" inside a dorm room after meeting the song's producer KPR and rapper IDKHIM after all three appeared on a panel at NYU. Despite this being her first official foray into music, she has been (unsurprisingly) singing and writing songs since she was seven. However, it took some time for her to feel comfortable stepping outside of the game-changing shadows of her lineage.

Her newfound confidence shines through as she shows her former lover the door. Her voice is at once gentle and strong as she demands the space she needs to move on. IDKHIM's verse fits perfectly into the song as he offers up a male perspective about knowing when to step back for once and for all.

While there has yet to be announced when, and if, we can expect more music from this newcomer, it's safe to assume that she'll have more than a few good familial role models to turn to for advice. Check out "Breathe" and see for yourself how deep the talent runs in this family.