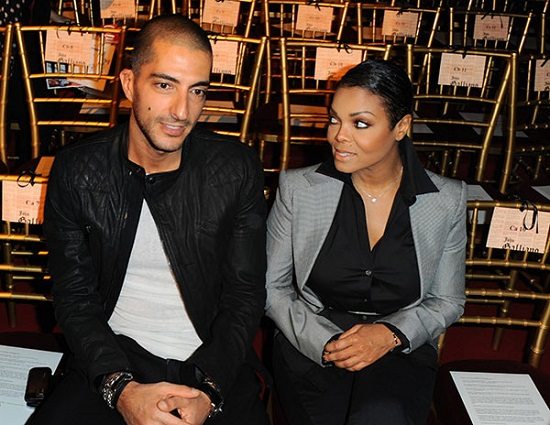 Janet Jackson is currently slaying stages on her 56-date State Of The World Tour, so she has little time for trivial drama. However, her recent tear-filled breakdown during a performance of "What About" had everyone asking what's really going on. Well, let her brother Randy Jackson tell it, her seemingly amicable divorce from estranged husband Wissam Al Mana is anything but. The penultimate Jackson sibling told People that Al-Mana was verbally abusive toward JDJ through the course of their nearly five-year marriage. “It was quite an abusive situation,” Randy told the pub. “It came on later in the relationship, verbal abuse and being [made to feel like] a prisoner in her own home. No pregnant woman needs to go through being called a bitch every day." Oh word? Excuse us while we go get our baseball bat. For his part, Wissam's representatives completely deny the claims, saying in a statement, "Mr. Al Mana is not going to dignify these particular and deeply hurtful allegations with a response. The breakdown of his marriage to Janet Jackson is a cause of great sadness to Mr. Al Mana, and it is the wellbeing and privacy of their son, Eissa, that remains his sole focus.” Hmm...we think he's gonna need more people. #DontMessWithJanet #WeStillGonnaF**kYouUp