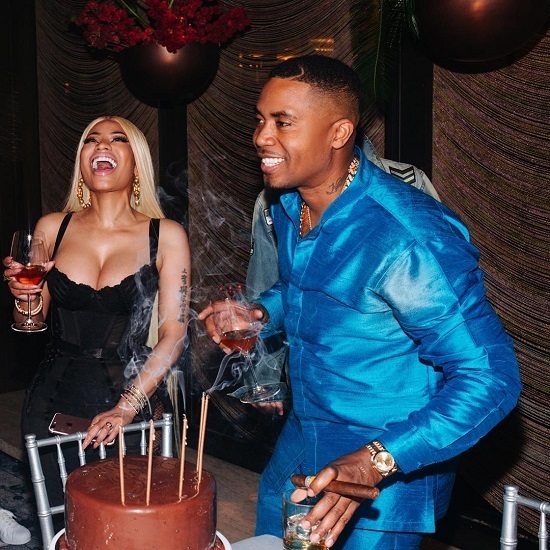 Did Nas & Nicki Make It Official At His 44th Birthday Party?

Ever since her Nicki Minaj's very candid appearance on Ellen, the streets have been wondering if Nas and Nicki are officially an item or nah. Well, we might've gotten our answer at Nasty Nas' 44th birthday celebration this week. The two were spotted getting closer than close at the Hennessy-sponsored event, with Nicki seemingly never leaving his side. However, according to an E! News source, despite all the PDA, the two are "just very dear friends." Yeah, OK. And if you believe that, we've got a bridge in Brooklyn that we want to sell you. Though there might be some truth to that as one source is reporting that the "relationship" is nothing more than a publicity stunt designed by Nicki to boost her public image. Hmmm, we don't know about that one. But we can say that whatever Nas and Nicki are to each other, there's a definite chemistry there. #Nasika