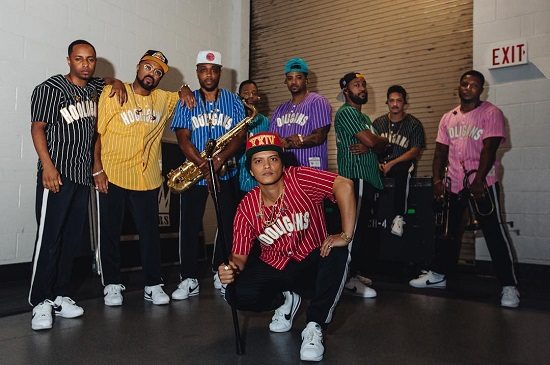 Bruno Mars Lines Up 'Live At The Apollo' Primetime Special

If you happen to be a resident of NYC's Harlem neighborhood, then you might've seen a special sight as you passed by the famed Apollo Theater recently: Bruno Mars and his band performing on top of the venue's marquee. While many were wondering WTF was going on (though we're sure most were just happy to get in on the fun) it's been revealed that the special performance was for Bruno's upcoming primetime television special, Bruno Mars: 24K Magic Live At The Apollo. The special, set to air on November 29th on CBS at 10 p.m. EST, will capture the "Versace On The Floor" singer in an intimate setting as he performs his cavalcade of hits for his fans. “For me, Bruno Mars is the greatest performer in the world,” said the special's executive producer Ben Winston. “To be producing his first television special is a true honor. This will be a special show and a special night." #BrunoGoesPrimetime