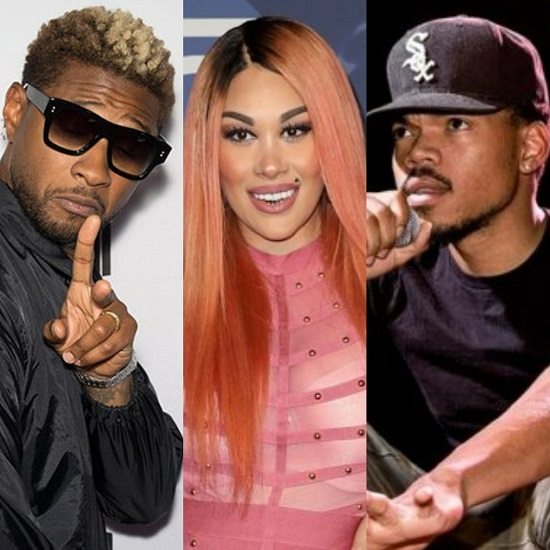 What it do, folks? Another week is in the books and, as usual, a lot is going down. While we've been keeping our eye on the monumental storm that is Hurricane Irma (prayers up for those that have already been affected and those in the storm's path), we've also been watching other storms brewing in the world of music news. After what seems like forever, Usher has finally broken his silence about the herpes allegations and lawsuits that have dogged him recently — but his response leaves us with some questions. Meanwhile, KeKe Wyatt is dealing with her own personal storm after she took to social media to let it be known that her husband and manager wants a divorce — and did we mention that she's currently eight months pregnant? On a more positive note, it was revealed that Chance the Rapper has really put on for his city, raising a pretty penny for the Chicago Public School system in the process. We've got all that, plus news on Kimye's upcoming bundle of joy, Rihanna's burgeoning beauty empire, album news from Toni Braxton and Fantasia and so much more. When you see us during the week, that means we got music news, so keep reading.