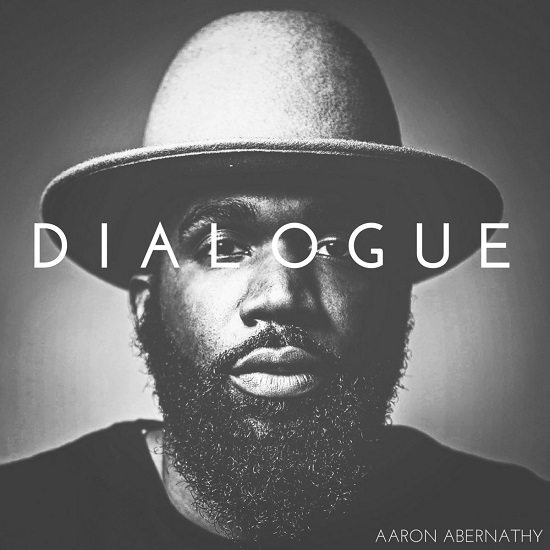 Despite the Constitution's noble aspiration to "establish Justice, insure domestic Tranquility, provide for the common defense, promote the general Welfare, and secure the Blessings of Liberty," daily headlines prove that life in these here United States is drifting further and further from the ideal – particularly for Blacks and other minority groups. But while we (presently) remain a nation divided, we should never stop striving to create "a more perfect Union."

Open communication is a key element to bridging the divide, and music is known as the "universal language," so it makes sense to combine the two as Aaron Abernathy demonstrates with his latest project, Dialogue. Embracing the legacy of his civil rights roots and taking cues from socially-conscious soul projects by artists like Marvin Gaye, Sly & The Family Stone and Curtis Mayfield, he uses his musical talents to speak on the plight of a Black man living in 2017 America. Via e-mail, Ab admits that it "wasn't an easy album to make because the subject matter isn't easy to talk about...but these dialogues are necessary to create a better future."

Throughout the album, Abernathy uses tracks like "Now A Days," "Children of the City," "Forecast," "Generation" and "Am I Good Enough to Love" to touch on a variety of topics like economics, politics, gentrification, emasculation and spirituality. But his commendable composition and production skills create a landscape where each song flows seamlessly into the next – a feat made even more impressive by his creative decision to fuse each track with sound-bite quotes from black cultural leaders delivering some hard truths. We hear some iconic speeches, yet Ab's voice doesn't get lost among the crowd. His soulful vocals, smooth but tinged with grit, along with layers of lush harmonies add warmth to this poignant narrative.

Whether you consider yourself "woke" or simply want to be enlightened on a different point of view, Dialogue is a worthy addition to your playlist. Preview the album below; grab a digital or physical copy via Amazon, Bandcamp, iTunes or Google Play and visit Aaron Abernathy's website to learn how you can #beapartofthedialogue.