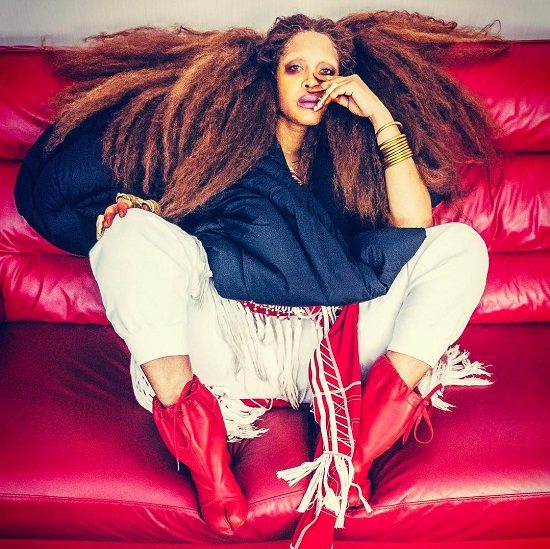 This year's Soul Train Awards were already going to be an affair to remember. Living legend Toni Braxton is set to be honored with the Don Cornelius Legend Award, SWV will be on hand to receive their Lady Of Soul honors and Solange leads the pack of nominees with seven nominations so there's no way that it wouldn't be must-see TV. However, the news that analog girl in a digital world Erykah Badu is returning to the Soul Train Awards stage to once again host the festivities as well as serve as a producer and writer for the revered awards show.

This will mark the third time that Badu has taken the stage as the event's host. And, if her past outings as master of ceremonies are any indication, it's going to be lit. Who can forget her downright hilarious stint as host in 2015 or her performance-heavy trip down the Soul Train line last year? With her returning for the third year, we definitely expect to see more of that plus a little something to up the ante as she's fresh off her Badu Vs. Everythang Tour.

In addition to announcing Badu as host, it has also been confirmed that Toni Braxton, SWV, Tamar Braxton, 112, Tank and Kirk Franklin are all scheduled to perform, with more performers sure to be announced soon. The awards will tape on November 5th at Las Vegas' Orleans Arena and you can watch Erykah Badu do the damn thing as host when they air on BET on November 26th at 8 p.m. ET.