Majid Jordan Wants You To Let Your ‘Body Talk’ 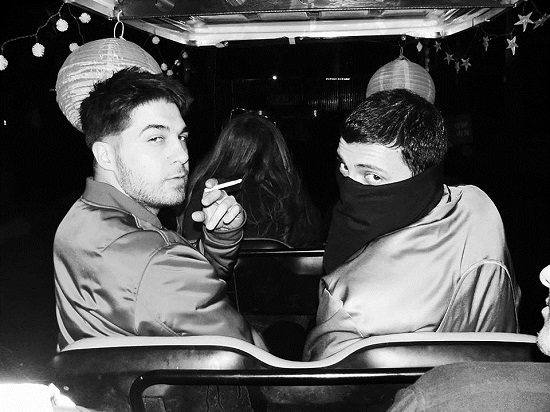 The fellas of Majid Jordan have been serving up single after single in advance of their upcoming album The Space Between. So far, between "Phases," "One I Want" and "My Imagination," there hasn't been a bad one in the bunch. They continue that trend with their sexy new single "Body Talk."

"Body Talk," as the title implies, is all about the language of the body. However, judging by the song's content, the particular conversation that the duo is looking for is more of a one-on-one conversation. "I wanna lay you down / I wanna let you know / Baby we don't need words, let your body talk / Baby don't speak, let your body talk," singer Majid Al-Maskati sing's on the chorus, setting the tone for what he's in the mood for. Helping that message along is a hypnotizing groove crafted by the group's producer Jordan Ullman. He taps into the tropical house movement that's been slowly winding its way through the music scene, crafting a slinky yet danceable rhythm that's sure to soundtrack a few close encounters of the sensual kind.

We're only days away from getting our hands on The Space Between, which will hit stores this Friday, October 27th. As you prepare your body for what's to come, let Majid Jordan do the talking as you listen to "Body Talk."


TAGS:  audio, jordan, Majid Al-Maskati, Majid Jordan
Previous: Chris McClenney Continues To Impress With ‘I Ain’t’ Next: MAJOR. Bares All In An Attempt To Be ‘Honest’