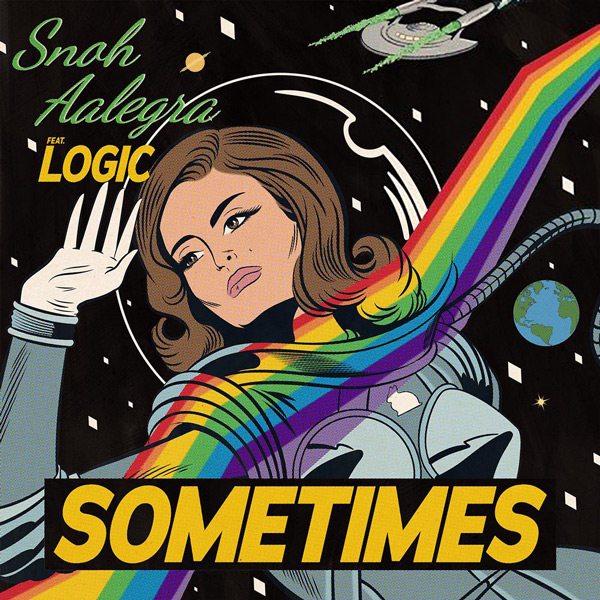 Snoh Aalegra has continually impressed with each release she's dropped since in the lead-up to her debut album FEELS. And while each single she's dropped thus far has jockeyed to be our new favorite, we'd be remiss if we didn't throw it back to her Don't Explain EP and, specifically, the remix of "Home" that she dropped back in June. The track featured rising rap star Logic and showed just how well their talents paired together. Apparently, that collabo was just the first as the two team up again for FEELS' latest single "Sometimes."

The song is a more of a moody meditation that finds Snoh contemplating the ways that life pushes and pulls us along. "Sometimes I decide where I should be / Sometimes life it just happens to me," she sings over a boom-bap beat that seems pulled directly from '90s hip-hop. That sets up Logic something nice to come onto the track a kick a few verses. He doesn't really stay on topic, perhaps inspired by the old school feel of the beat to get a let off a little braggadocio about his mic skills. However, he does murder his feature before throwing it back to Snoh, who continues to vamp out the chorus until the song's slow and quiet end.

“'Sometimes' is about how life points you in different directions though we are all ultimately the master of our own individual destinies," she said of the song in a press release. "We all have the power to steer the wheel to where we want to take ourselves, but you inevitably have things happen to you that you have no control over. You have to deal with these things whether you like it or not, and you have to readjust, rethink and refocus.”

She also had nothing but nice things to say about the track's collaborator, giving us a bit of background on their musical kinship. “Logic was the perfect person for this song," she said. "I’ve known him since before he put out his first album. We used to record in the same studio years ago with No ID. I think it goes without saying that Logic has a strong and powerful message in his artistic deliveries and has a very beautiful mind. I’m so thrilled to have him be a part of FEELS.”

You can vibe out to Snoh Aalegra's "Sometimes" right here and look for FEELS to drop this Friday, October 20th.