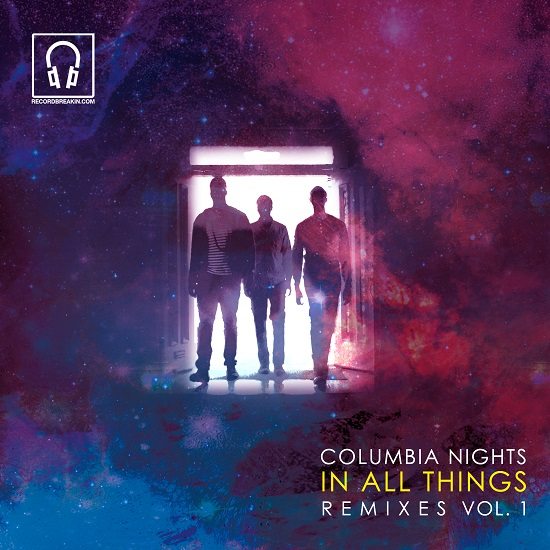 We've been on Columbia Nights ever since the group emerged with their spaced-out, jazzy take on neo-soul way back in 2012. In the five years that have passed since the group has only further established their unique take on the genre with their releases Dawn | Dusk and In All Things. To celebrate the two-year anniversary of In All Things, the group — which consists of members Hayling Price, John E Daise and Jason Edwards — is dropping not one but two remix EPs of the project. The first volume arrives this Friday and will feature the previously unreleased instrumental "The Deep," which SoulBounce is happy to bring to you now.

"The Deep" was originally recorded as an interlude for In All Things but didn't happen to make the cut. But don't think that denotes anything about the track's quality. "The Deep" is a sensual masterpiece that explores what can be evoked with just notes and imagination. It begins with soft synth keys before layering in more sounds, including programmed drums and the delicate flute which acts as the "voice" of the cut. As the flute makes its own path through the musical landscape, tender chords and careful pacing create a groove that straddles the line between quiet contemplation and intimate stimulation, allowing the listener to take whichever interpretation they see fit during the song's nearly four-minute runtime.

"The Deep" will be an exclusive track for those that pick up In All Things Remixes Vol. 1 on Bandcamp, which is available for pre-order now before the set's official release this Friday, October 6th. The remix project will feature remixes from producers like Osage, Jazzanova's Alex Barck and Dr. Wav alongside the originals to showcase the progression between the tracks and their creative reworks. As well, In All Things Remixes Vol. 2 will arrive soon after on October 27th. Get lost in "The Deep" when you press play below.