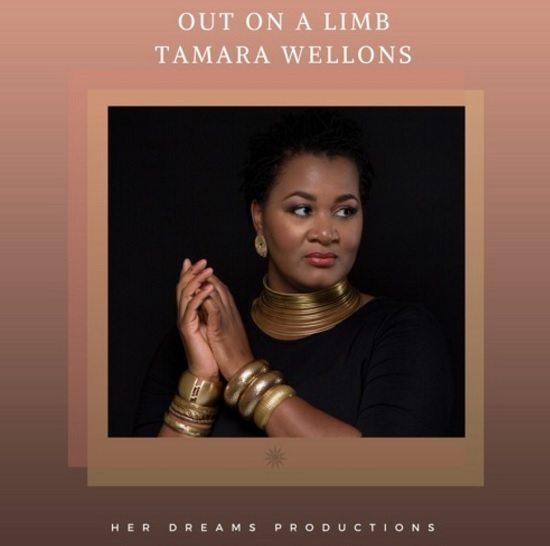 Singer Tamara Wellons has been blowing us away with her vocal prowess ever since the Bounce-Worthy alum made her way onto our radar nearly 10 years ago. The dance floor is where she seemed to be putting in the most work, building up an extensive catalog of house music contributions in the process. However, she's also proven her ability to dabble in more traditional R&B music, most recently with the release of her third studio album, 2016's Pretty. Now she's back with some more soulful sounds in the form of a cover of the late, great Teena Marie's classic "Out On a Limb."

For her turn, Wellons maintains the same rhythm and pacing of the original, save for a few added flourishes here and there. She effortlessly tackles the soaring notes that Teena Marie hit in her 1984 original. While it is tough for anybody to come anywhere close to touching Lady T's emotionally stirring version, Wellons manages to get pretty close, capturing some of the pained longing that Teena injected into hers.

Produced by Robbie McDonald, Wellons's homage was born out of her love for the late singer-musician, who passed unexpectedly in 2010. "Out On a Limb" marks her first release of 2017 and shows that she's just as good at tackling the classics as she is with recording original material. Though there's no word yet on when we can expect more new music from her, this song has us daydreaming about an album of covers from the DMV-based singer. Take Wellons' version for a spin and see if it makes you long for more from this underrated artist as well.


TAGS:  audio, robbie mcdonald, tamara wellons, teena marie
Previous: Snoh Aalegra & Vince Staples Share Discontent Over Breakfast In ‘Nothing Burns Like The Cold’ Next: La’Porsha Renae Is ‘Already All Ready’ To Entertain You