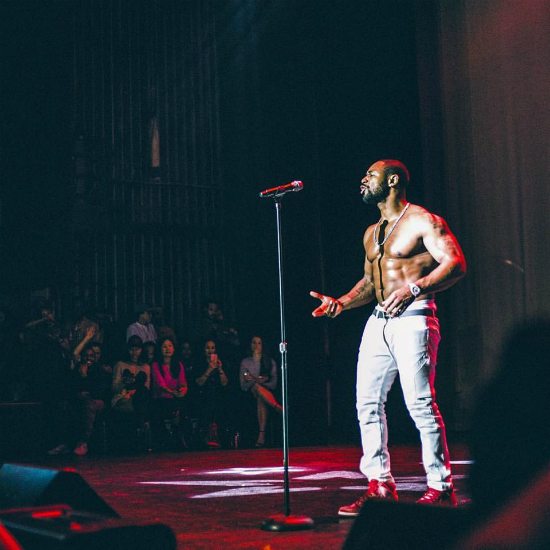 SB: One point that you did brought up – some of your counterparts are kind of content, but you’re not. I think you’re definitely an artist who experiments a lot; you use a lot of new sounds and also pay homage to older sounds, too. This is your eighth album, how would you say you’ve changed over the years?

T: You know what? I think it’s just growth. I think that I’ve grown, not only as an artist but as a brand. You know what I mean? I understand the things that are connected to me, outside of music. But I also understand the business of ownership in music now.

Like before, you start out and you’re just an artist. You are just happy to be here, you’re just happy to be making songs, you’re just there with a producer. Now, 20 years later, I’ve had a lot of practice. I’ve had a lot of trial-and-error and made some mistakes and got some things right. I know what I’m really good at. I know the things that I need to work on. I’m always in the space of R&B music, hip-hop, pop and all these things. So I know what’s happening. I know what they’re talking about in the offices. I know what they’re talking about in the streets. I think, if anything has changed, it’s that my reach – in terms of understanding the space that I’m in – has gotten broader. So when I make music, when I do shows or when I’m doing whatever I’m doing – whether it be my fitness or my acting – I’m able to tap in with all of this wisdom and knowledge on my side. I’m not guessing like I was in 2001.

I got some go-to stuff. I’m going to take some chances, but I also have my parachute. I know the things that are going to keep me alive and well.

T: Well, I mean, it’s called creating music. It’s how these cats create music. It’s how I create music. Like, when I’m at the club, and these songs come on, I’m like, “Who is that?” I feel the songs outside of somebody just listening to the radio. I’m in the element that these songs exist and live. And I’m feeling the energy. I’m watching the people’s response. Like, I can smell it! You know what I’m saying?

T: Like, how can Tank be part of that? And it’s just, the idea of wanting to get with some people that are making music and make some more music. You know what I mean? I’m not closed off to the idea of doing something new. I’m just not. Everything evolves. We all evolve. We all grow.

Like I said, I have my parachute. I have a few parachutes. If I need to pull them, I can. But I’m going to jump out of that plane. And I’m going to skydive and see this world from a different point of view every time I get a chance. And that’s how I make my music.