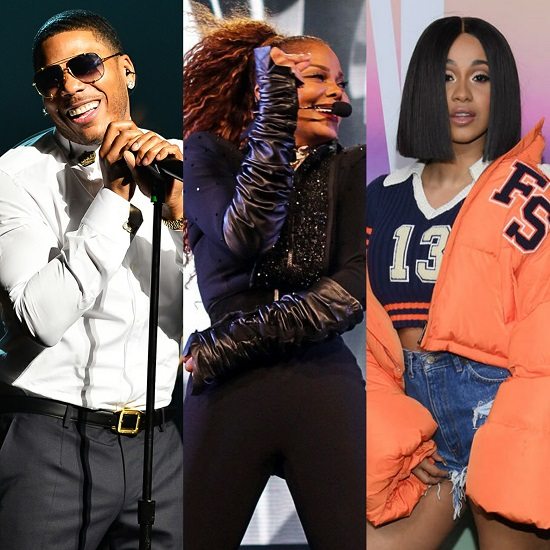 Hey, baby boos, have we got some music news for you! This Week In SoulBounce is back and in full effect to bring you all the music news you might have missed. This past week brought with it a few shocking headlines, some news that brought us the warm and fuzzies, a little bit of scandal and a whole lot of petty. Leading off things is the alarming news that "Country Grammar" rapper Nelly was accused of rape while on the road (an allegation we're really hoping isn't true). But to balance out that bit of awfulness, though, we also have some nice news from Janet Jackson, who held a special reunion during the LA stop of her State Of The World Tour, and Cardi B, who continues to top the charts and forge her own path toward success. Along the way, you'll also find some news about Diddy's NFL ambitions, Jhené Aiko's romantic new ink, SZA's newest accolade and more developments in the Usher herpes lawsuit saga. If you wanna get in the know, you gotta read on.